It’s not everyday you come across a rare ass color like Rubystone in the 911 realm. I mean you have seen photos of this color all over IG but have you ever seen it in person? It is so difficult to capture this color because of the way it changes colors in various lights. Hence why I didn’t even try to capture a consistent tone for Sean’s beautiful 1992 911 Turbo in the series. 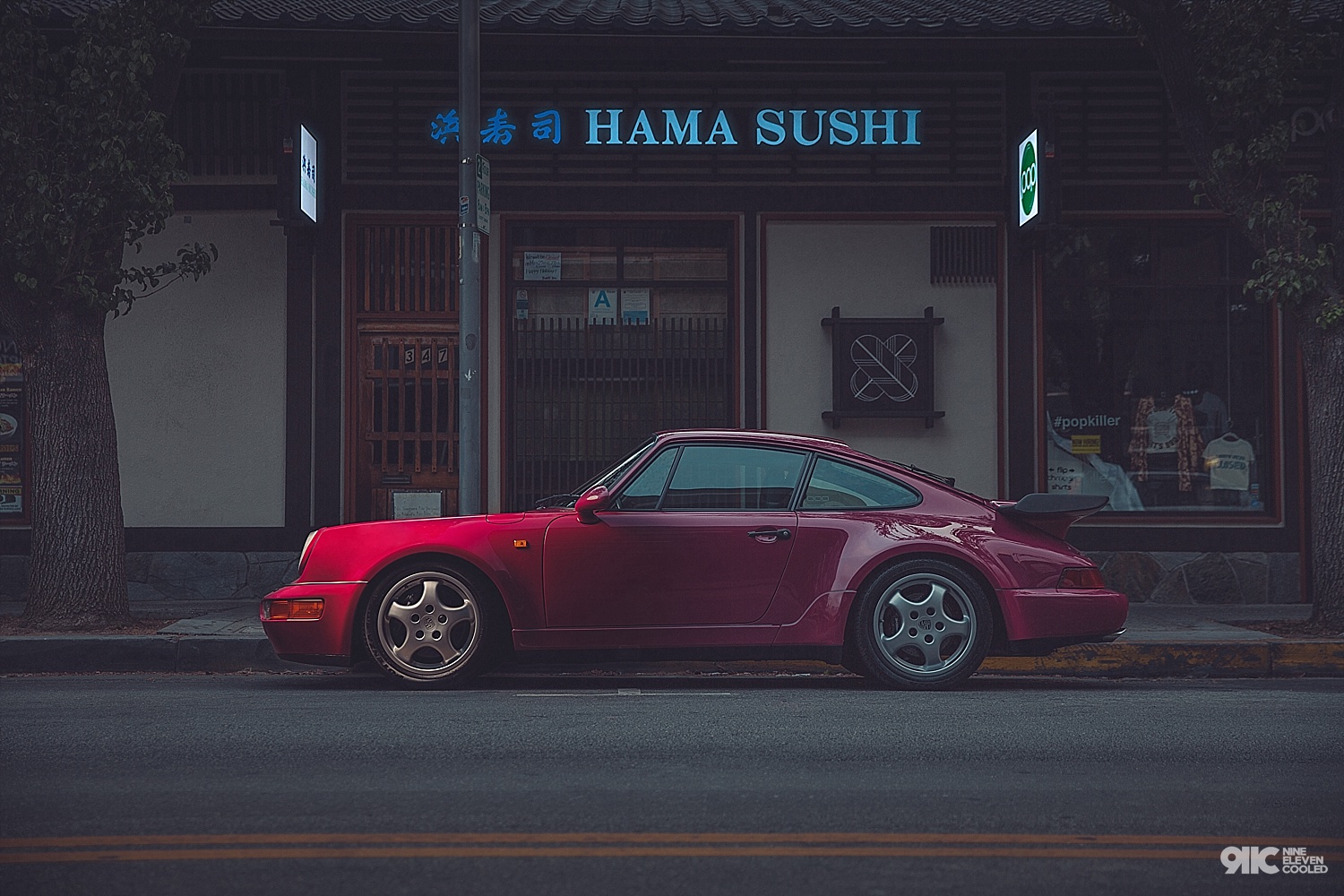 So in an effort to capture a new energy in photographing old cars, I have to experiment and do things I normally wouldn’t do so I can expand my creative mindset. In the pursuit of being creative, you are gonna have things that are gonna suck because when you are throwing darts in the dark where you cannot see the target.

When I first started to experiment in front of Hama Sushi, I lit the whole car down the side of the car but I didn’t feel like it had the energy I was seeking. So I just left the front of the 964 lit as a way to draw inspiration from giving myself restrictions. I like the energy I have built so far but I think I will have to revisit this one at a later time.

Part of meeting in Little Tokyo LA was to pay homage to the home that the turbo originated from. You see, Sean picked this turbo up from Mizwa Japan and of course with all things Japanese, this specific copy is immaculate. Looks about 98% new!

Our second location was a few hundred feet from the sushi spot. I just wanted to capture parts of the Japanese signs to add more flair to the shots. 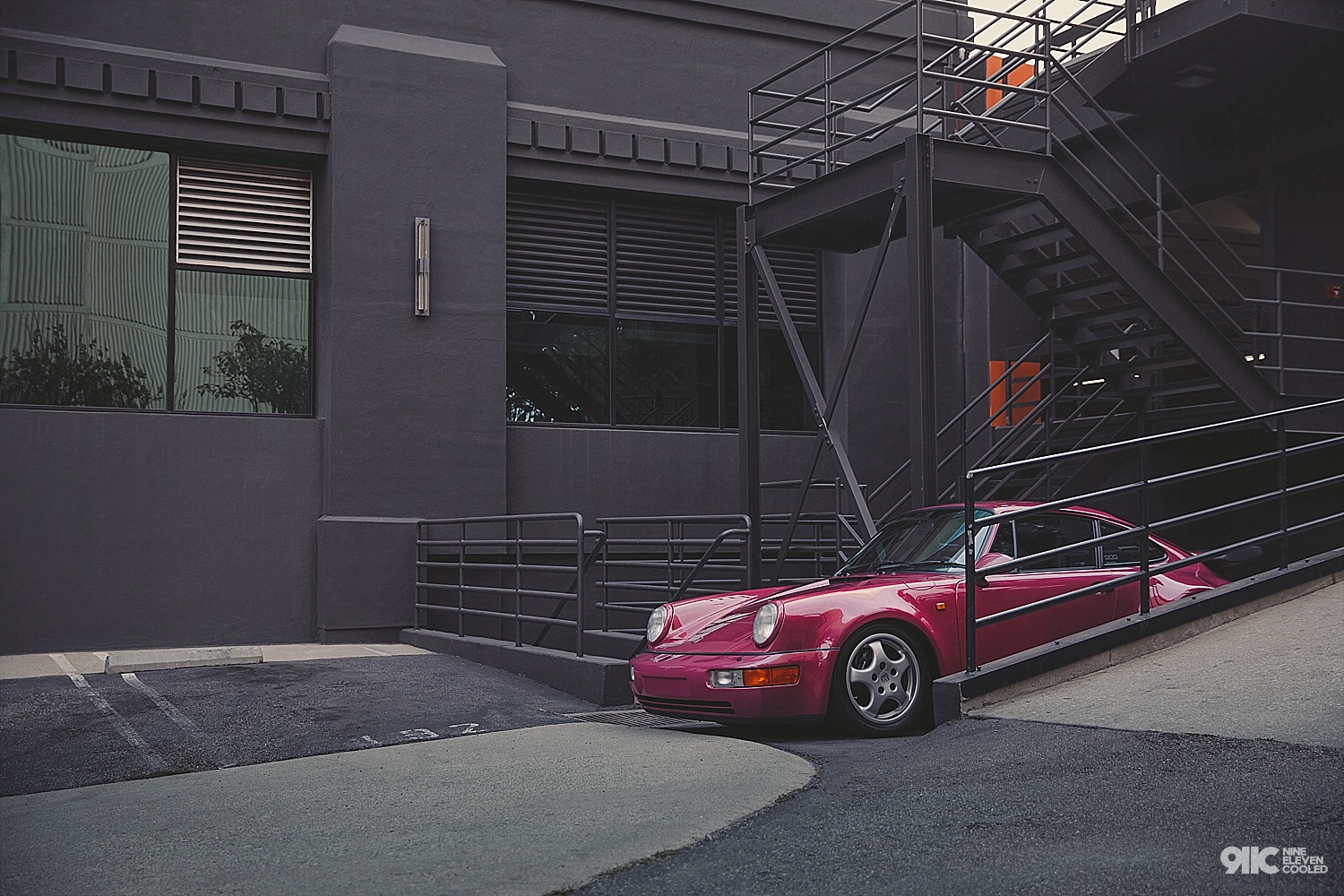 Our third location was at a public parking/condo parking space across the street from Hama Sushi location. I actually ran to this location to see if there was anything that caught my eye. Looks like they painted it dark grey since the last time I was here. Perfect setting to bring out that Rubystone against the darker tones.

I posted two images. The one above is an ambient photo and the one below is with 6 images stitched together. It took me about 2.5 hours trying to blend in all of the lights and getting a consistent color across the whole car. Not sure if I like that shot more but left so I can show you guys. The ambient shot above took me 3 mins to edit…. lol for the amount of work, maybe I will just stick with the one above. 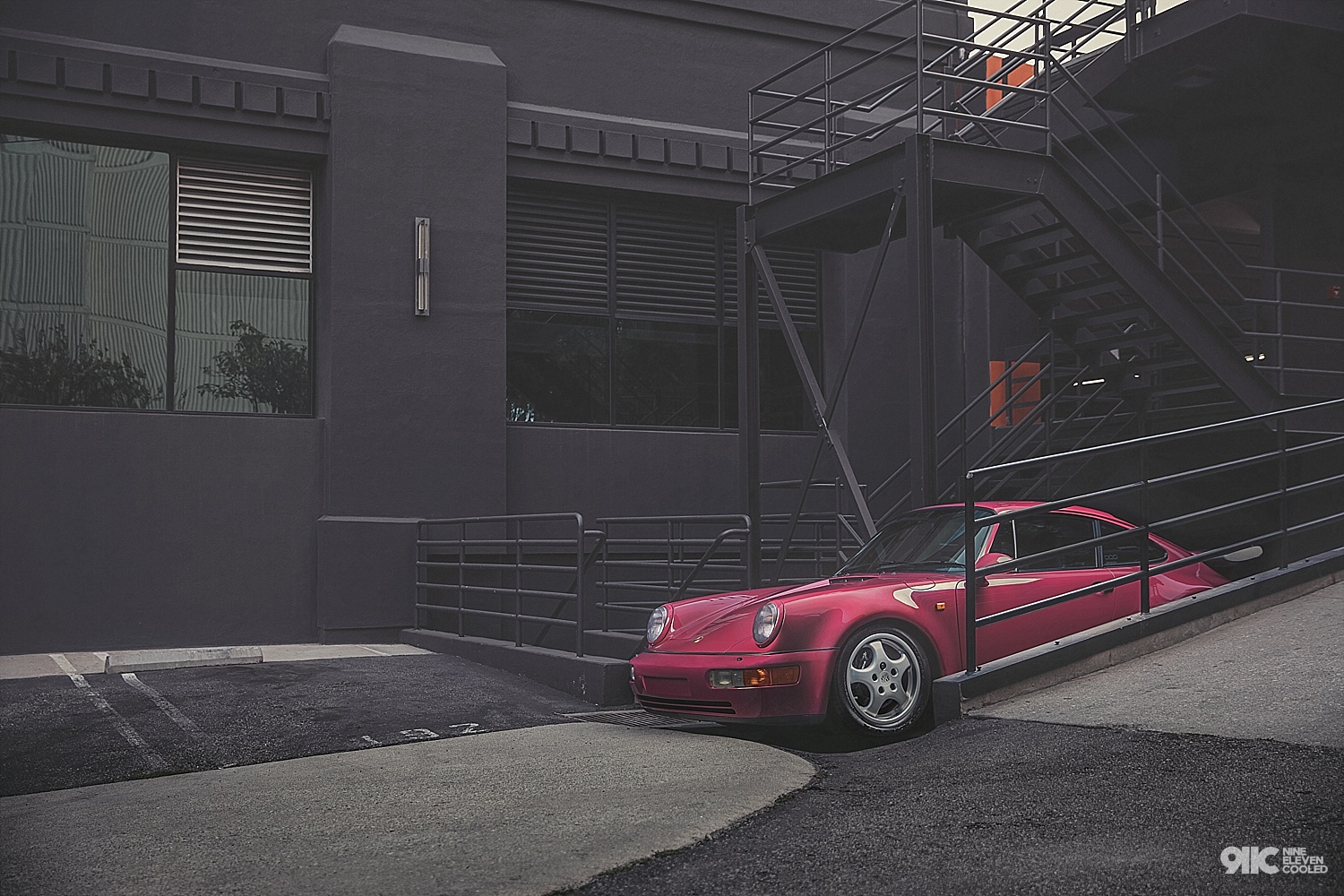 Below are the rest of the ambient shots detail shots I took from various angles. No matter where you shoot in LA, you are gonna get asked constantly to GTFOH. In this case, the security wanted us out but when I politely asked for 10 mins, they granted my wishes. Sometimes a smile goes a long way. 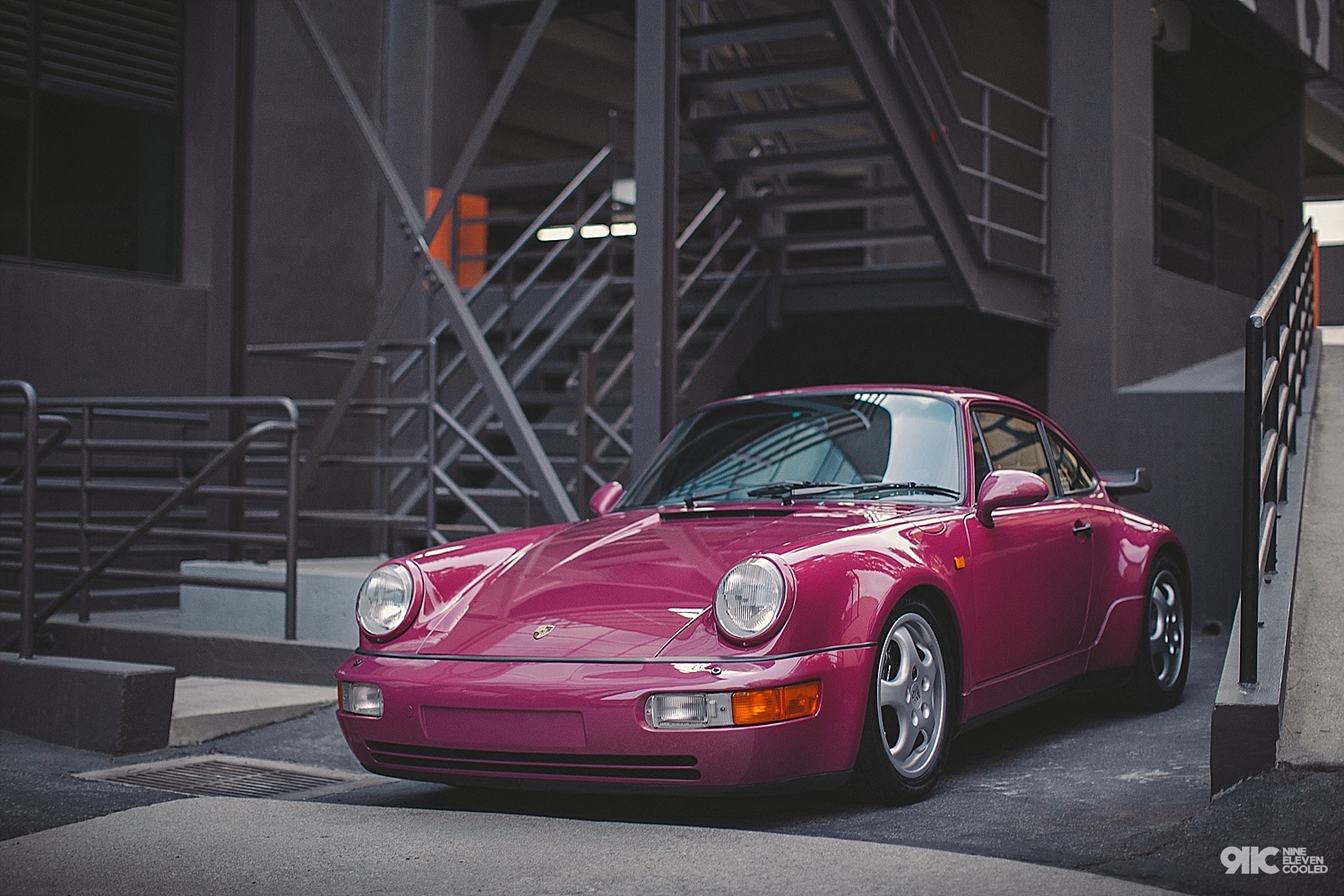 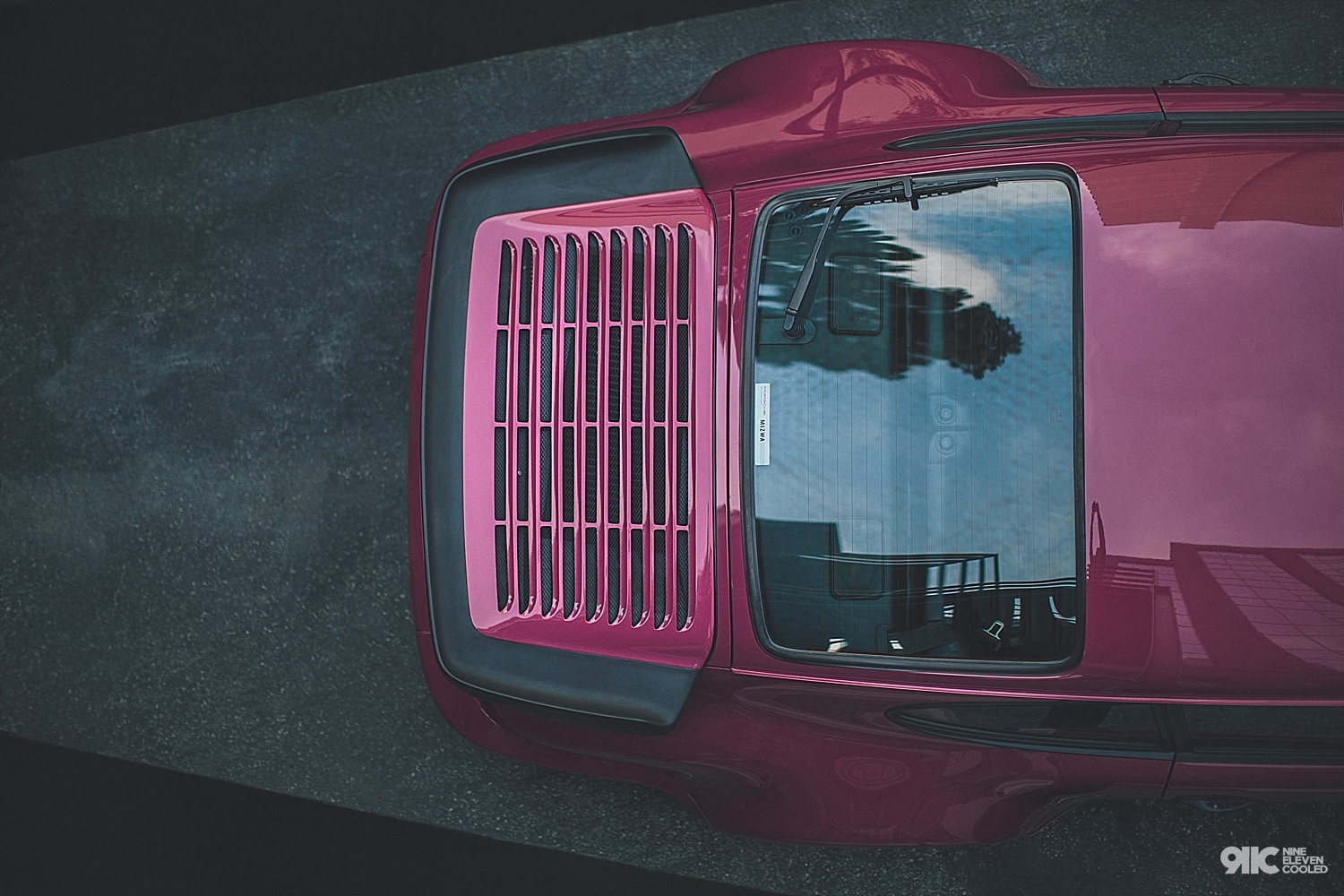 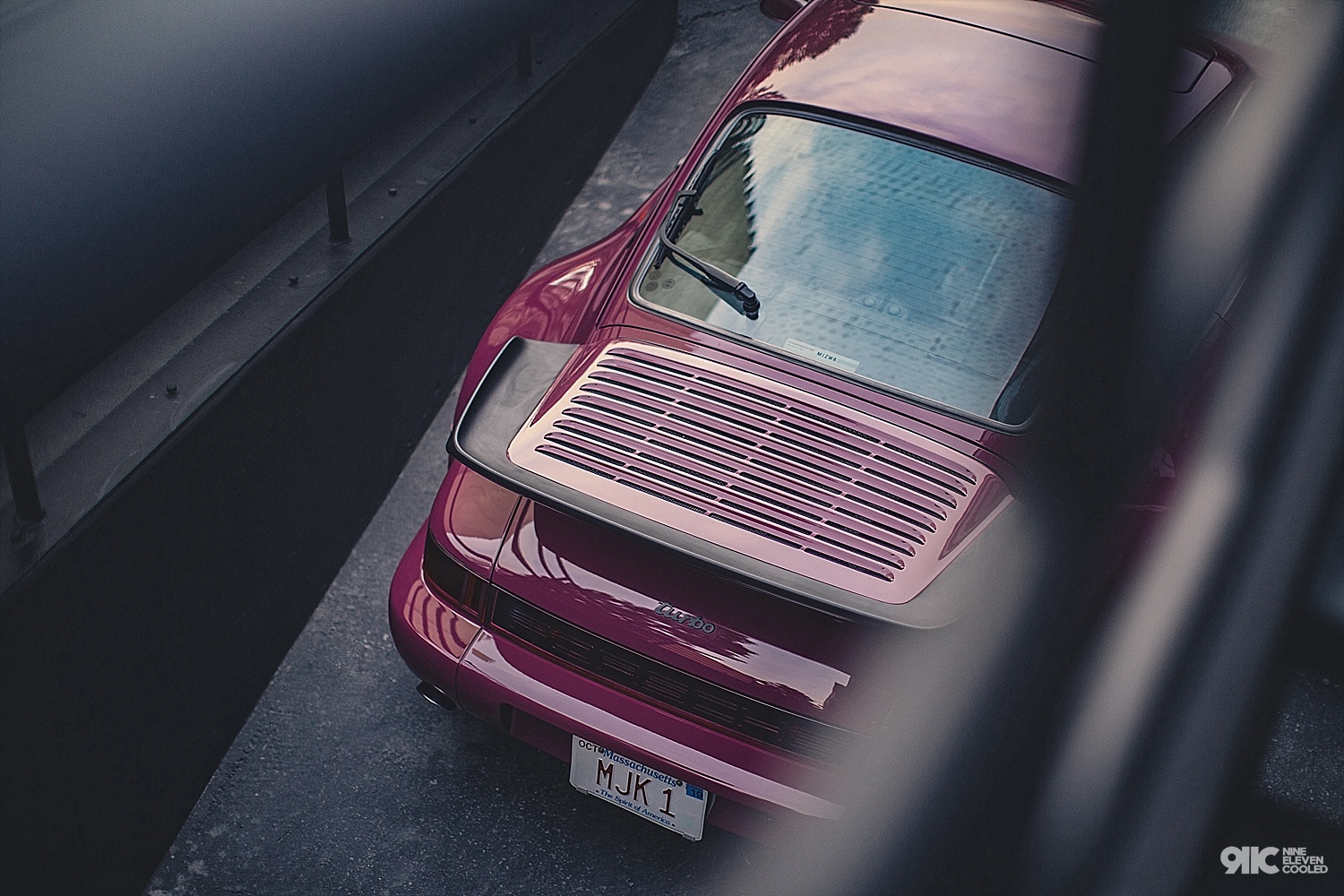 Now after we finished up at the parking structure, we headed towards central downtown to get some rollers. I only posted one photo because I was shooting video most of the time. Many times I get so flustered trying to choose between photo and video. I want to do both but resources are limited so that is pretty much what I got…. but it’s a good one. Don’t you think? 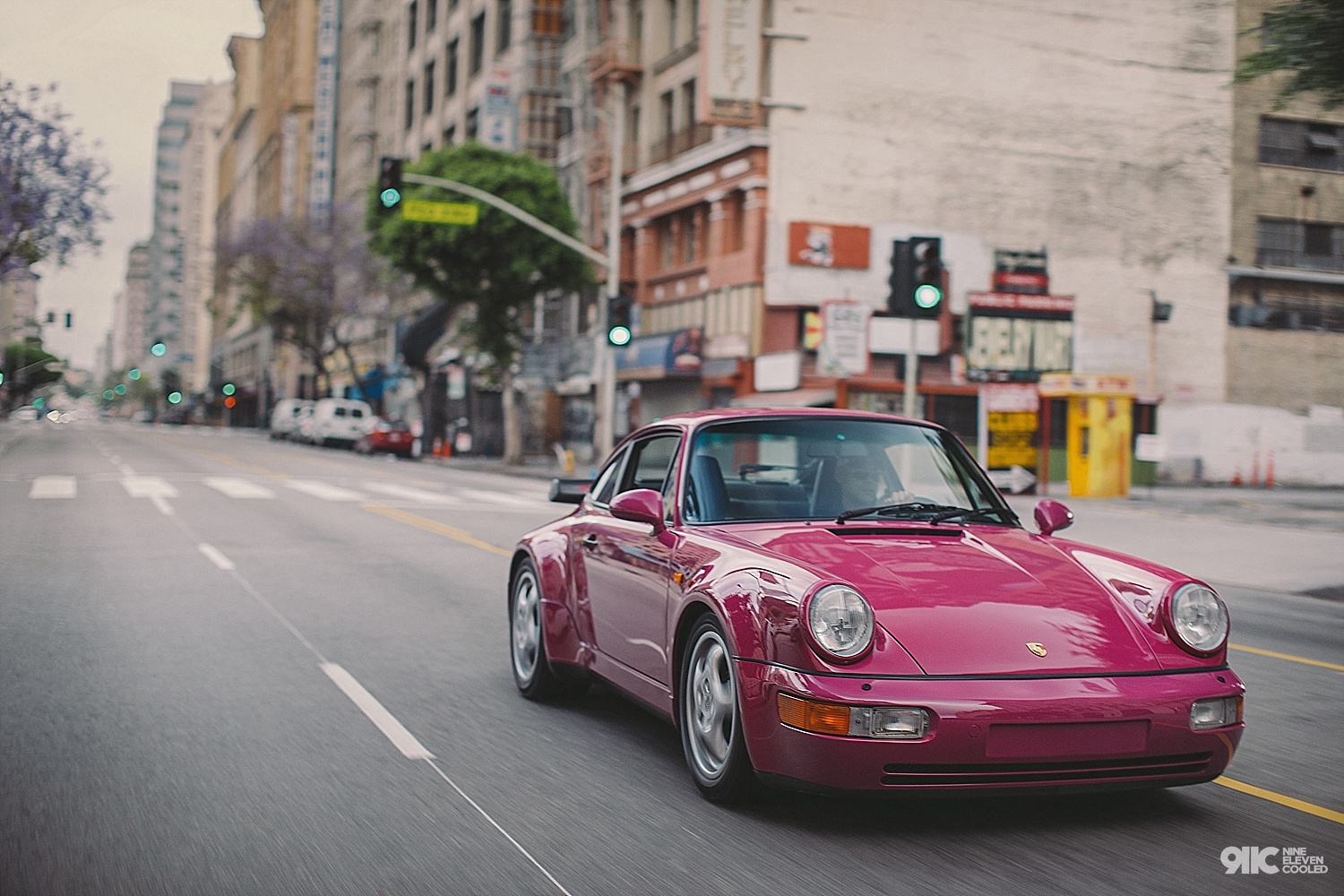 Got to get a shot of Sean @konokars looking hard from the driver’s seat lol…. I love how the staples and some of the newer buildings are blurred out just enough to make out. 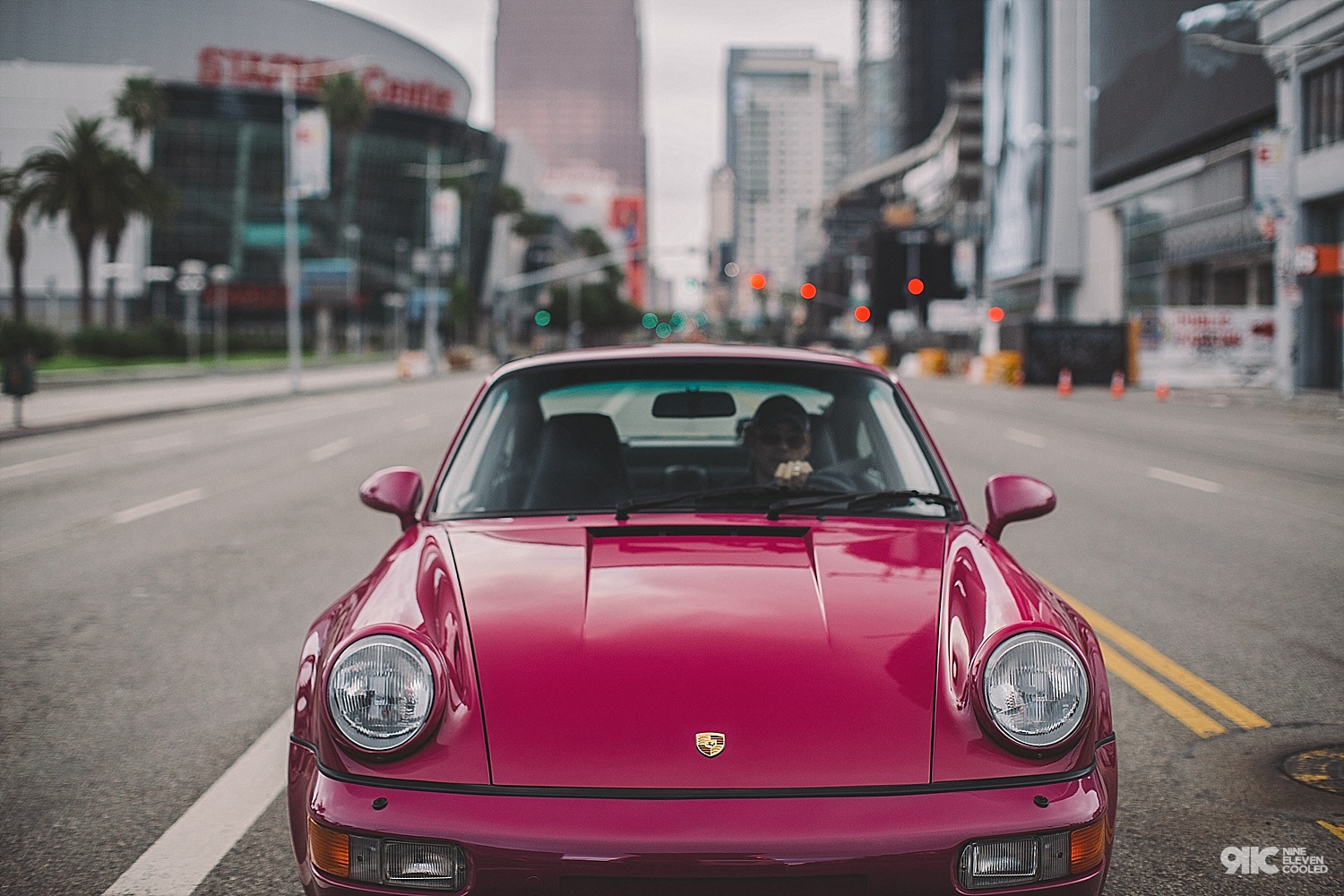 Our fifth spot was at a little hipster taco joint where they had this cool Airstream trailer posted up for people to eat in. You guys should know by now that I shoot early morning or late evening and if you didn’t know why, its because there is no one around. Try shooting in downtown with all the people and cars driving by. It would be such a mess. 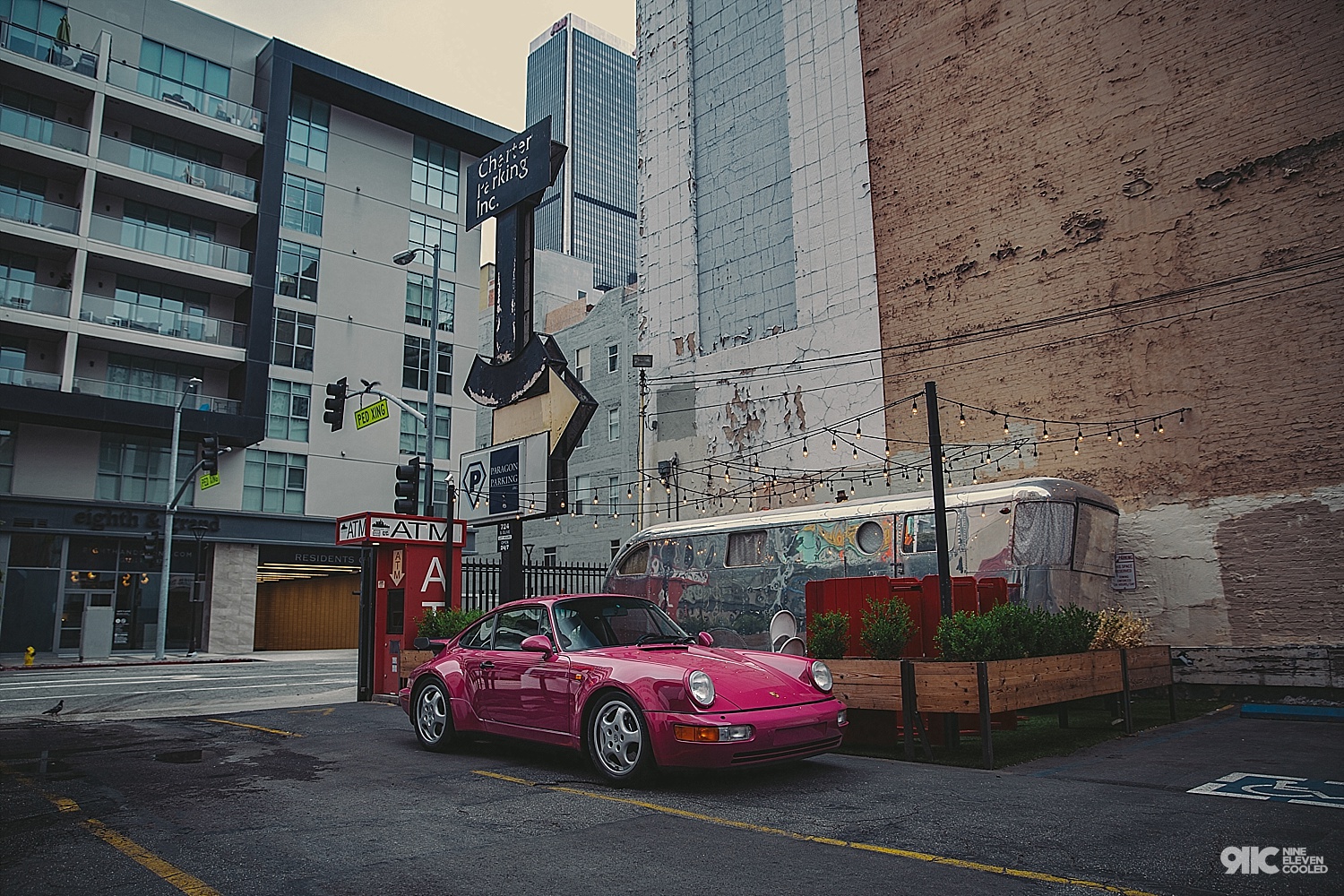 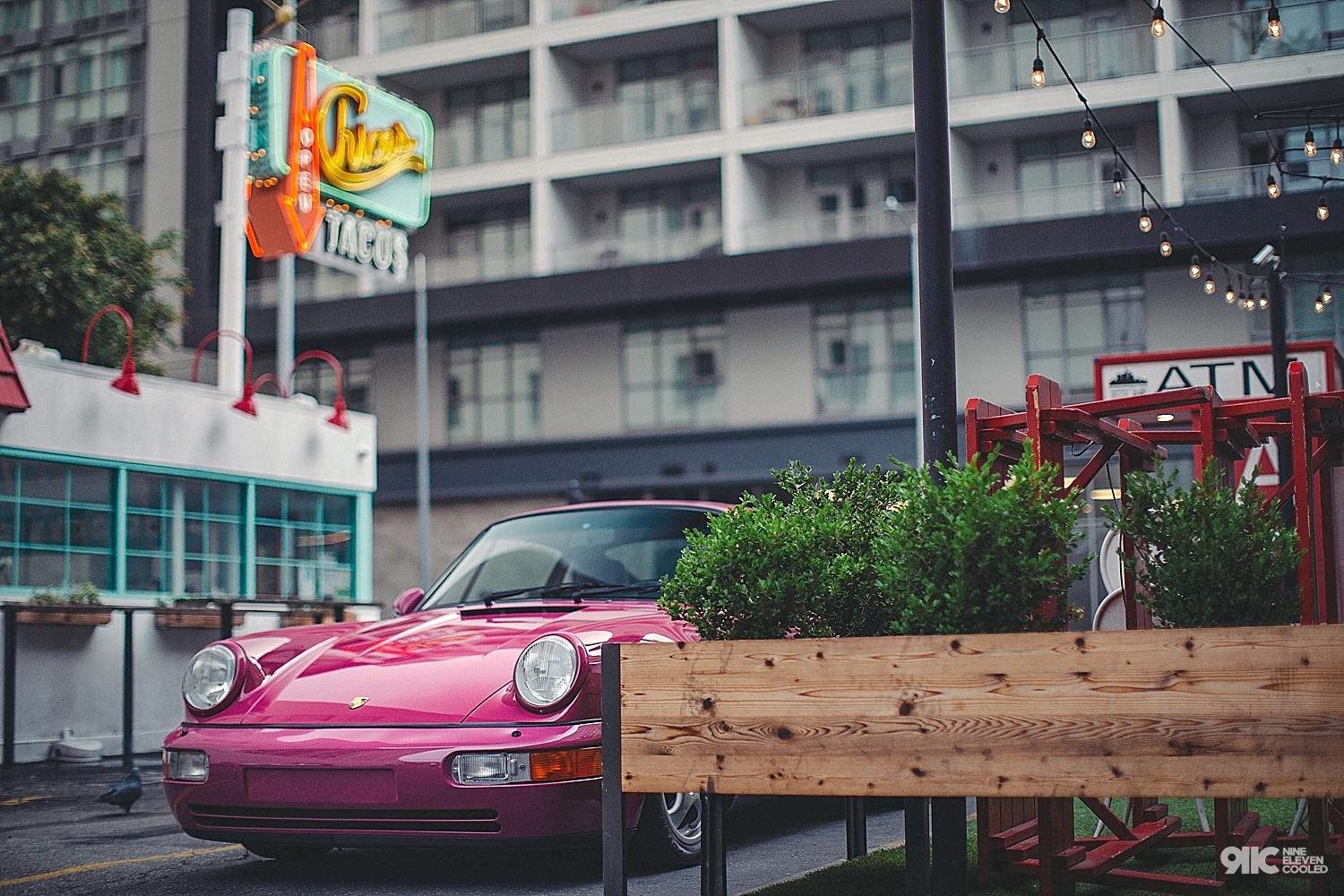 One of my most favorite things to shoot cars with are neon signs. Now normally I would shoot late night so that the signs give off that beautiful glow but even during the day, old school signs still have quite the charm to them, don’t you say? I liked how the Rubystone peeped her face from the wooden fence and the textural contrast the bushes also give off. 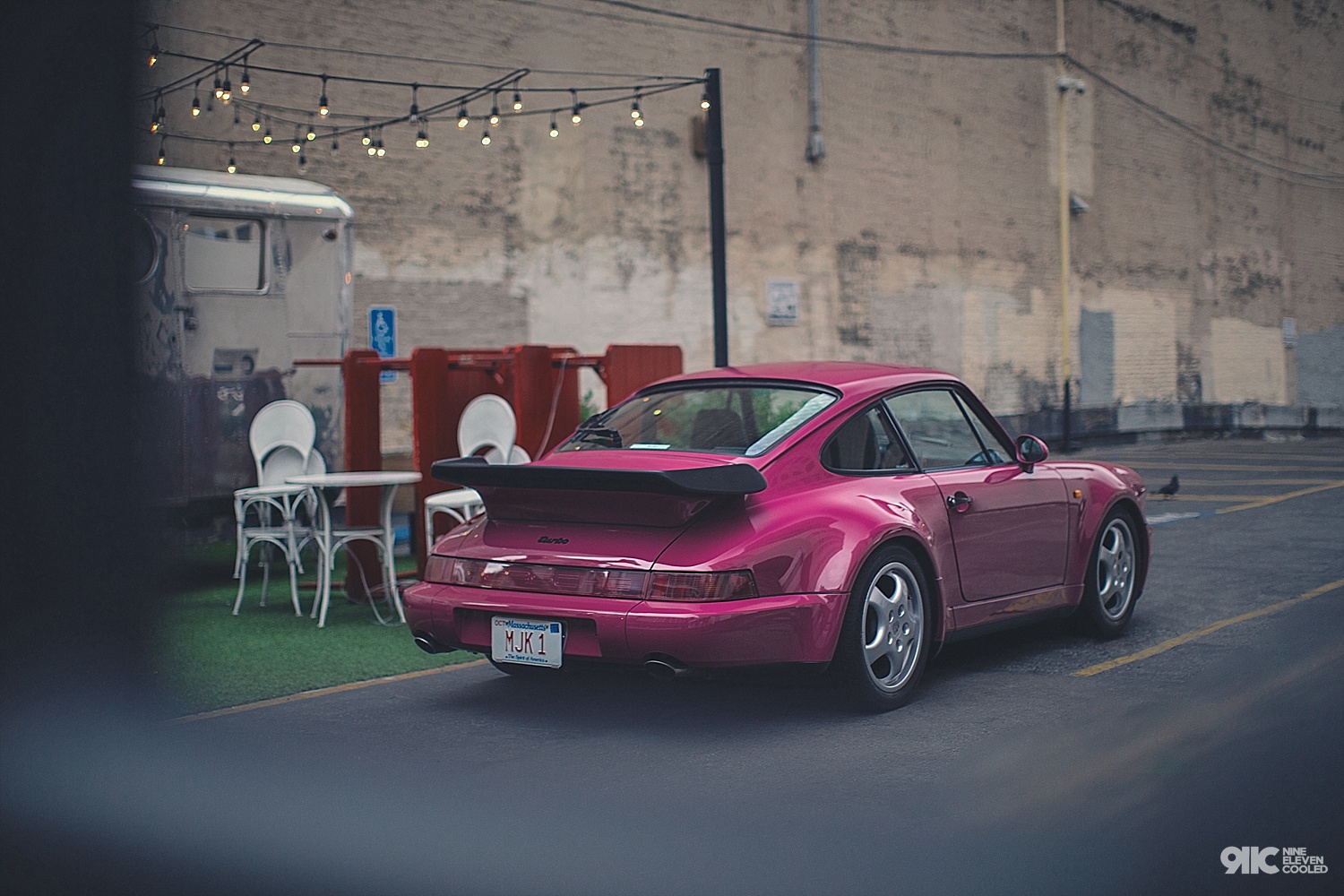 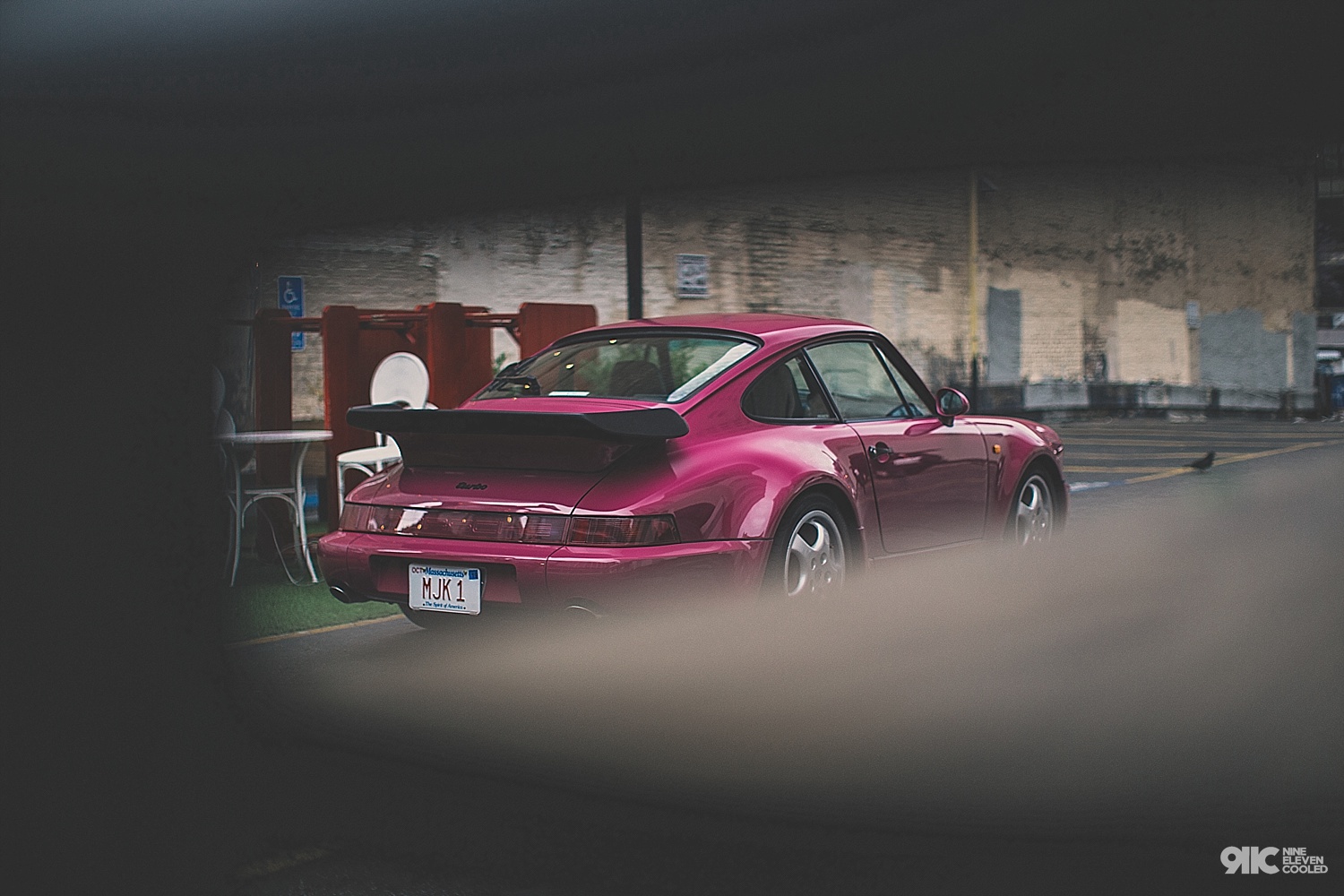 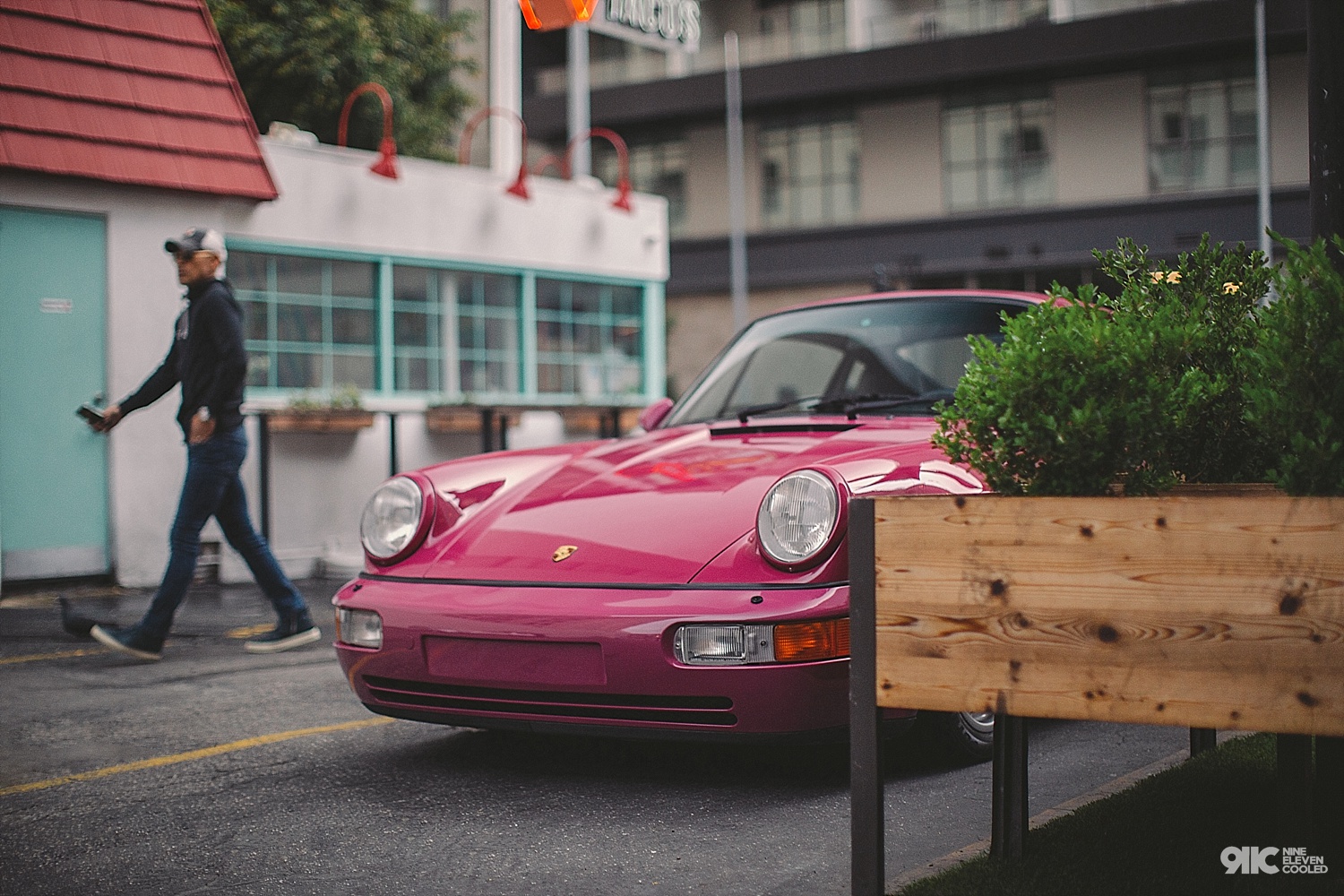 I have been wanting to incorporate more photos of the owners in the shots. Now, not all owners are down for this but Sean was all game. I think I will continue down this path as I would like to incorporate people into the overall feel of the shot. Sure, having a bikini babe would def get some more attention but having a real person in the shot adds a component of authenticity. 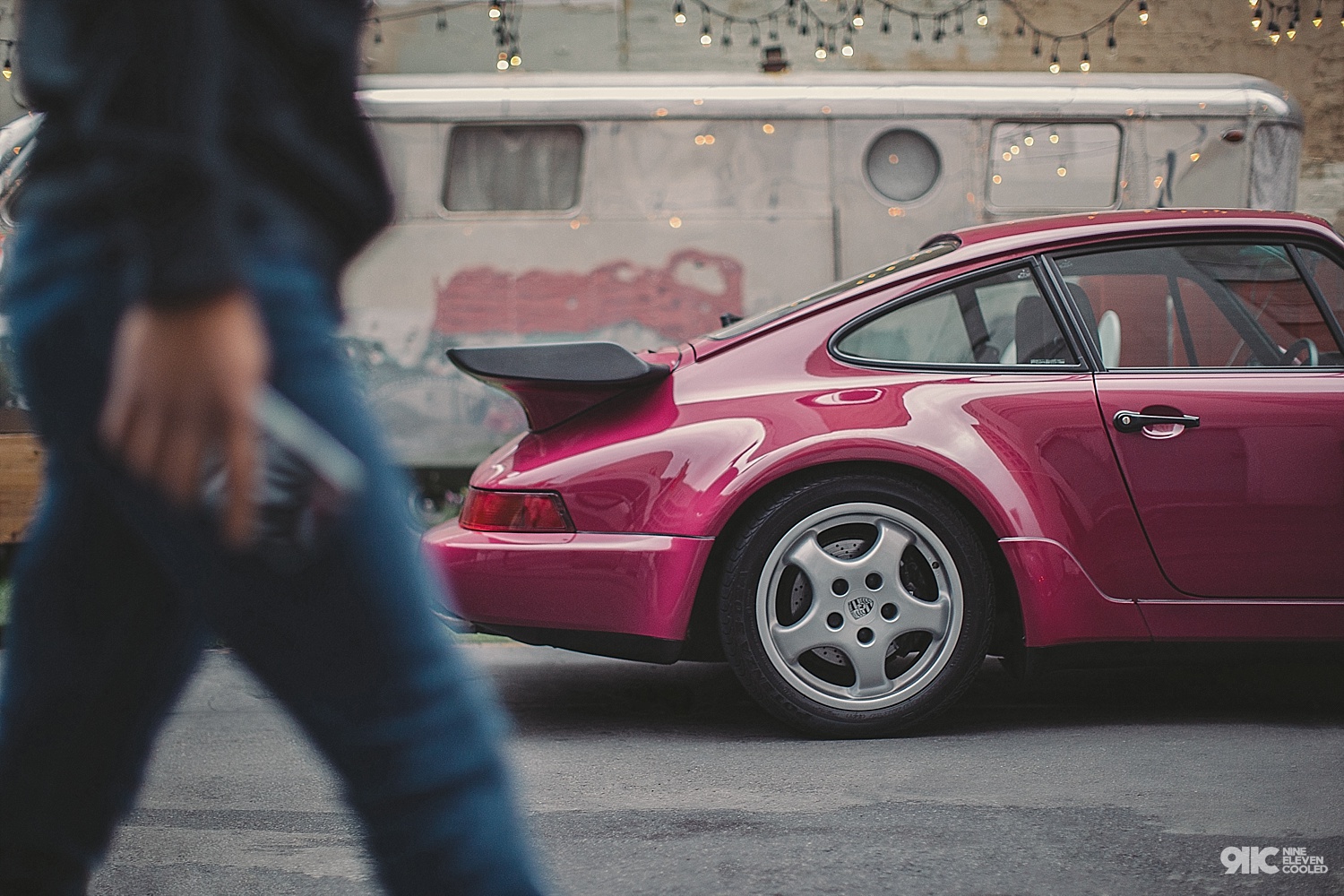 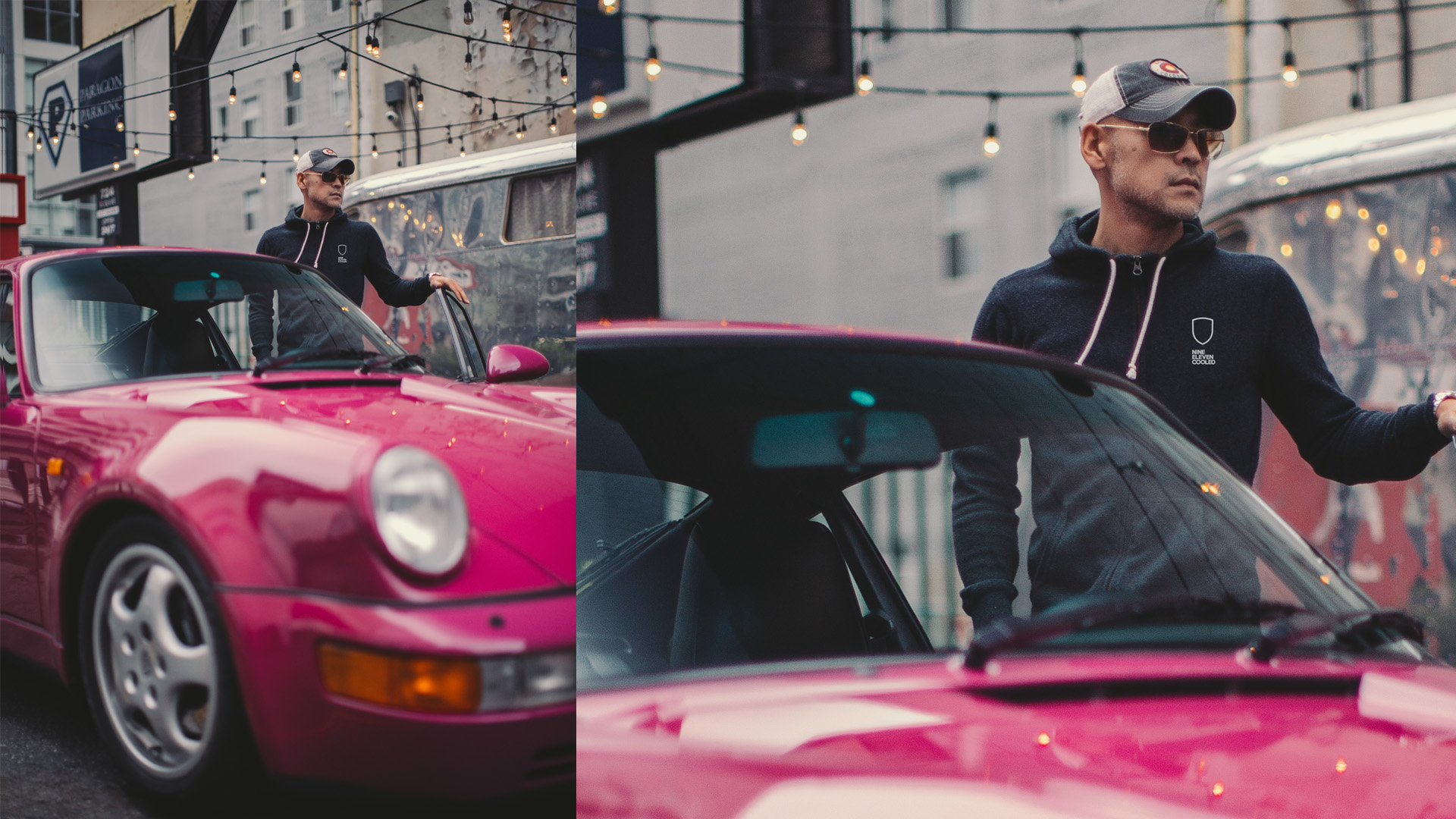 Sean looking mighty handsome as a 911cooled model… future 911cooled sweaters are in the works. Buy a hooded sweater and get a free Rubystone 964! lol jk. 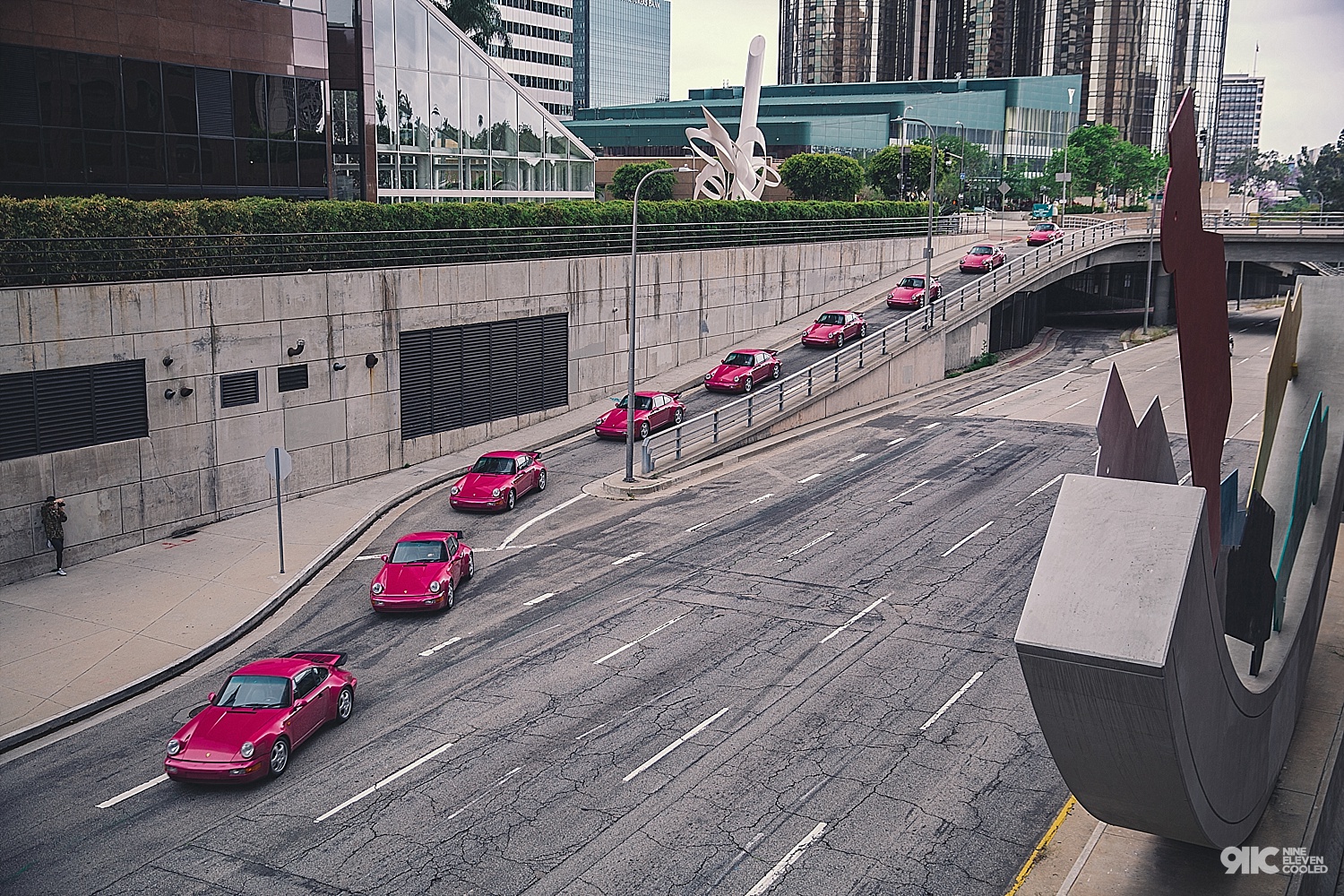 Now going back to the creative flow, sometimes we have to throw ourselves out there and hope magic will formulate from nothing. When I was trying to put together a shot on the Grand Ave overpass, I didn’t have a lens quite long enough to capture the Rubystone so I decided to do a sort of timelapse with the turbo on the road. Now perhaps this could be on the edge of “cheesey” but overall I think I like it. What are your thoughts? 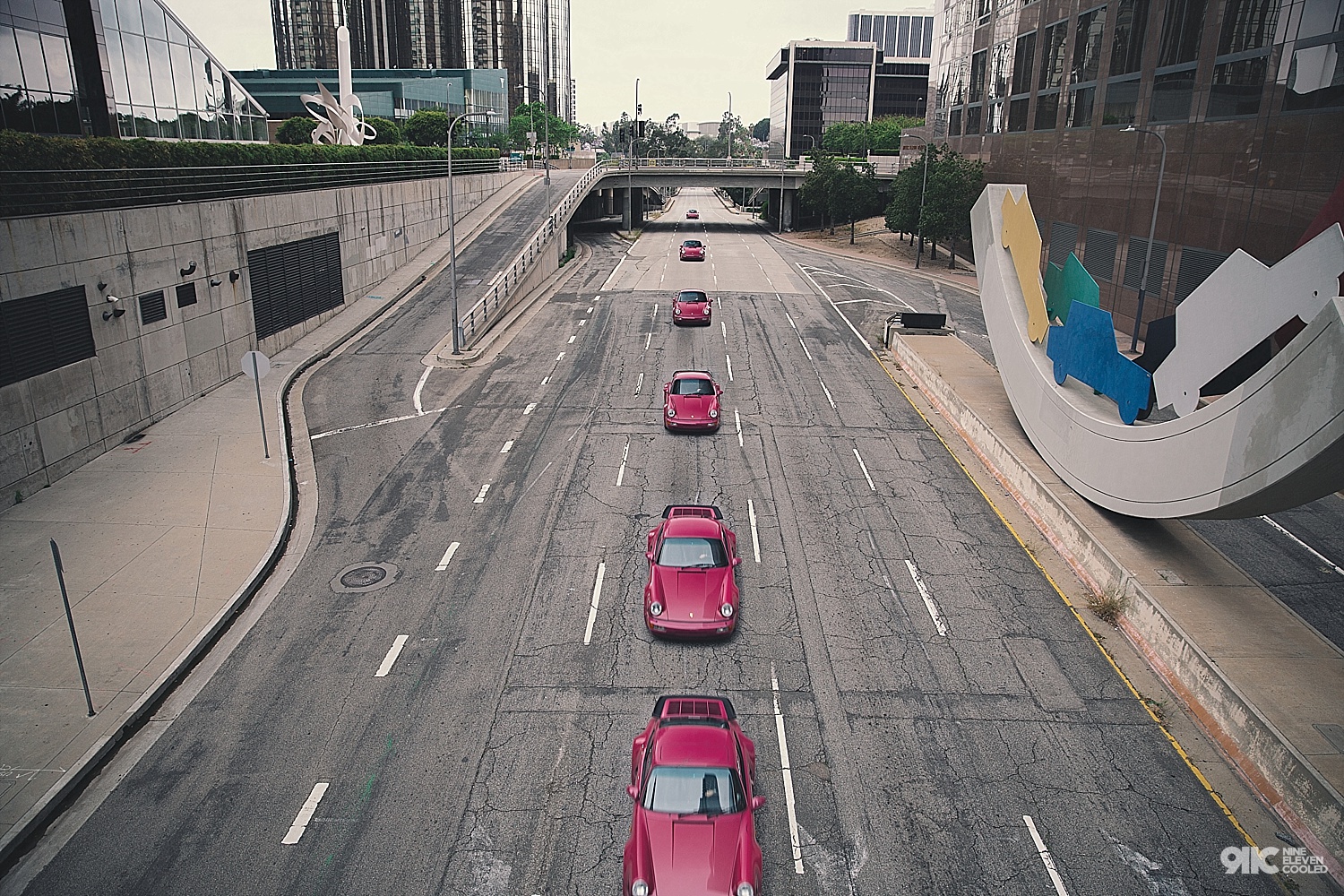 For our final location, we headed back towards 7th and Olive because the energy at this location was fire! The way the light was coming through the haze left for a super soft light. I also love the way the buildings stacked in the back and gave a scale to how small the 964 is.

These two shots are probably my favorite of the day. A shot of a random group of people walking across the street while the turbo waits is such a “caught in the wild” moment for me. Of course the one below of me blocking traffic is my top favorite from the whole day. It would of been nice if the renovation nets weren’t there but I bet you guys didn’t see it until I pointed it out right? lol….

That is all for this round guys. I hope you guys enjoyed this segment. I am still working on how I would like to tackle a style for my coffee book in the future but I like where things are headed.

Thank you to Sean @konokars for the opportunity to shoot your rare bird. It is stunning and by the amount of necks you broke, I think the general population of LA thinks so too. Also a big shoutout to my boy Randy @iamrcosio for your assistance today. It was vital in me getting the shots I did.

If you guys are looking for some awesome merch, check out the shop… tons of cool stuff and more stuff coming all the time: http://shop.911cooled.com

Much love for the support guys!
Drew