March 7, 2018 behind the scenes Lifestyle vlog

Sometime over a month ago, Mr Larry Chen (@larry_chen_foto) announced on his Instagram that Canon USA (@canonusa) and he will be teaming up with Thermal Club Raceway (@thethermalclub) to host a two day photography workshop. In my 15 years of shooting professionally, this was gonna be the one… the first workshop that I ever attend. I mean, you got a legend like Larry and you have my favorite camera brand (Canon) at an amazing race track out in the Coachella desert. Now I usually don’t get hyped on things but this combination was just too good to pass up. Larry and his crew put in all of the hard work of planning, organizing and hosting this badass weekend so this was a no brainer for me. 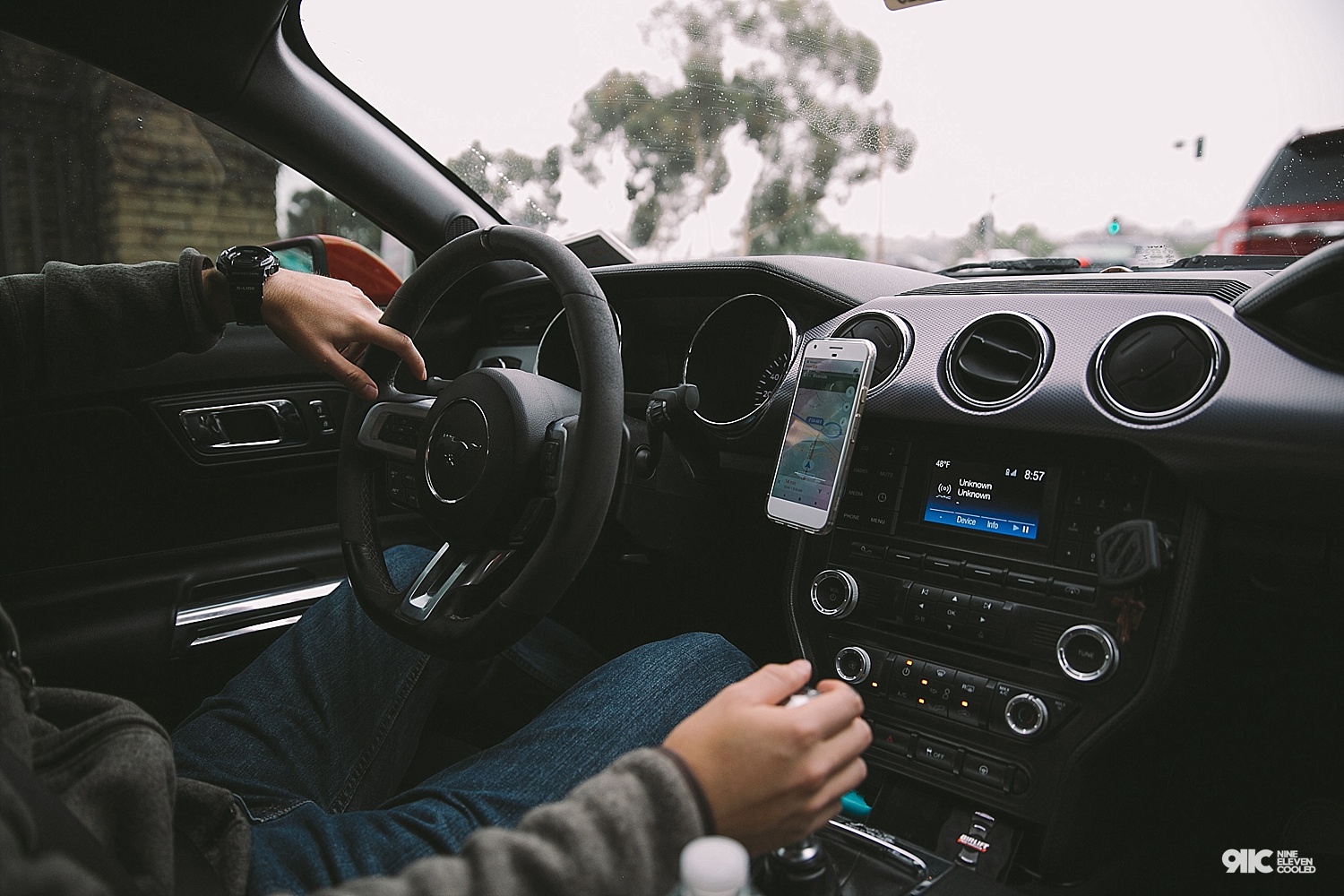 The morning of… Kevin (@kevwerks) came by to pick me up in his EcoBoost Mustang and then we were off! Our first stop was Tunercrate Headquarters as Kevin need to grab some things to shoot while we were out in Thermal. When we got inside, I spied with my little eye a white NSX toy by Jon Sibal for Jada Toys. The boys were gracious enough to hand me one… I felt like a little kid again! Thanks Mike and Tunercrate! 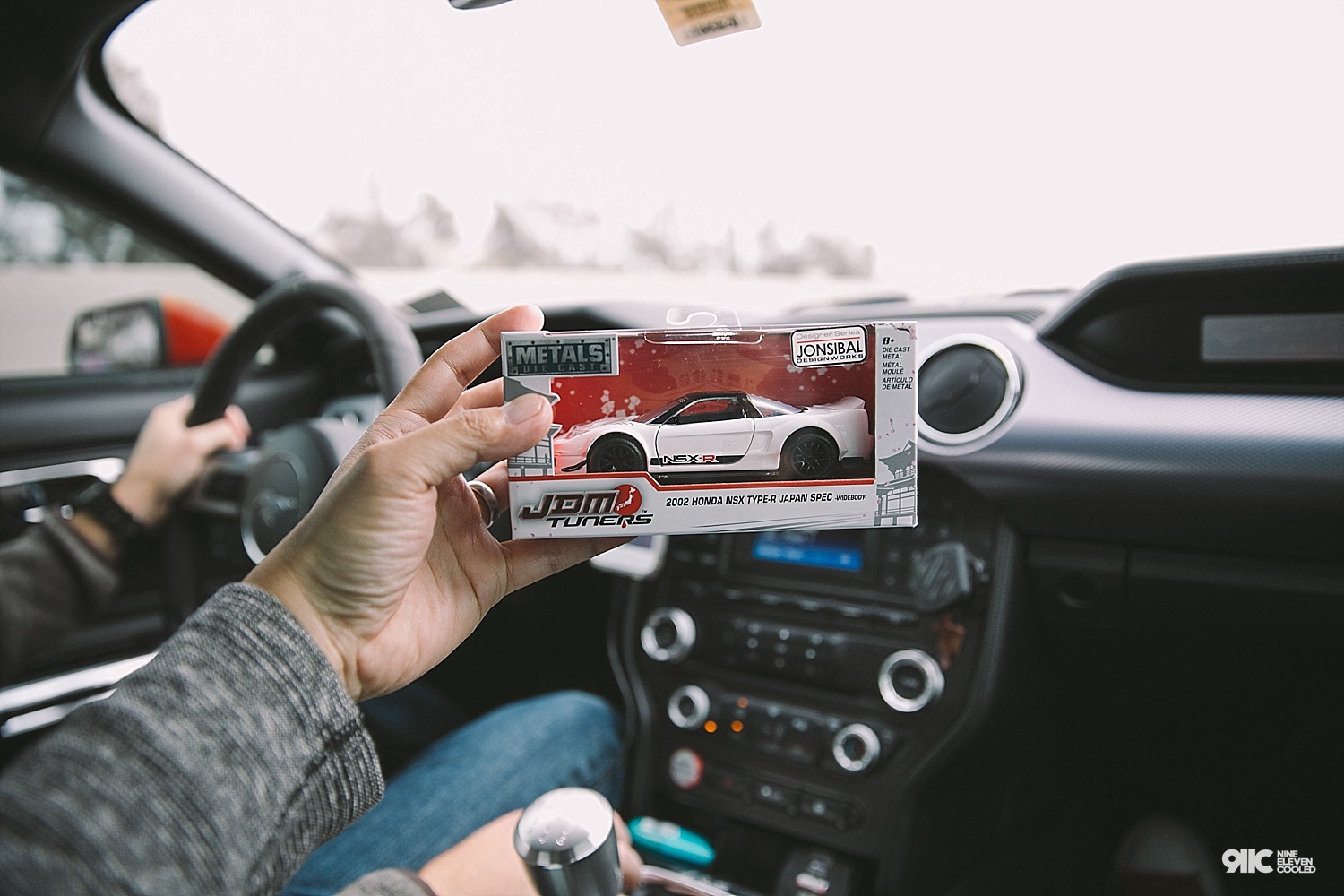 Soon after we ended up passing through Palm Springs where the wind turbines hang. Kev wanted to get some images of his stang out there…. super windy but it was worth the stop. At one point, a freight train was passing through and it came pretty close to smashing our mode of transport and Kevin’s whole life lol. 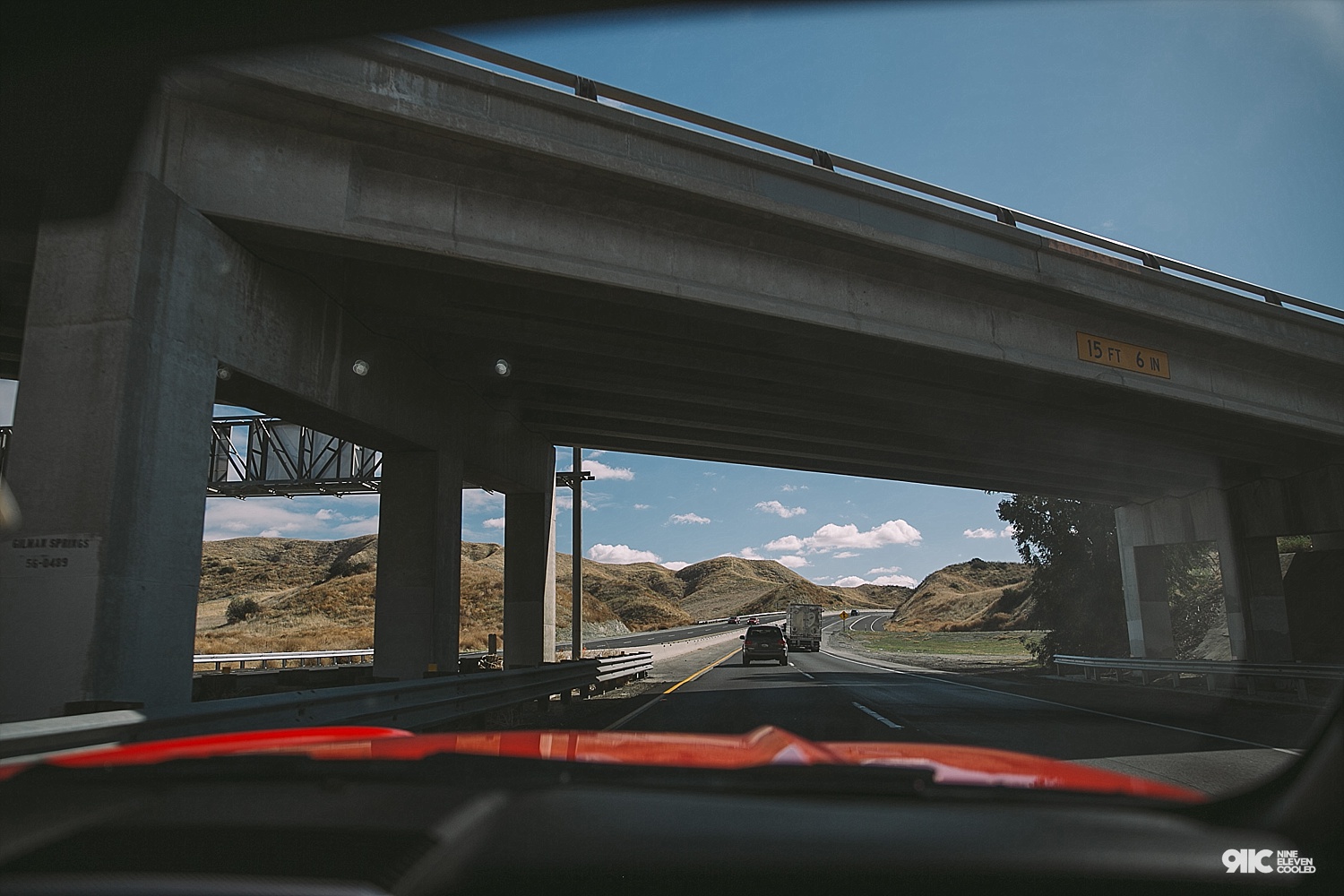 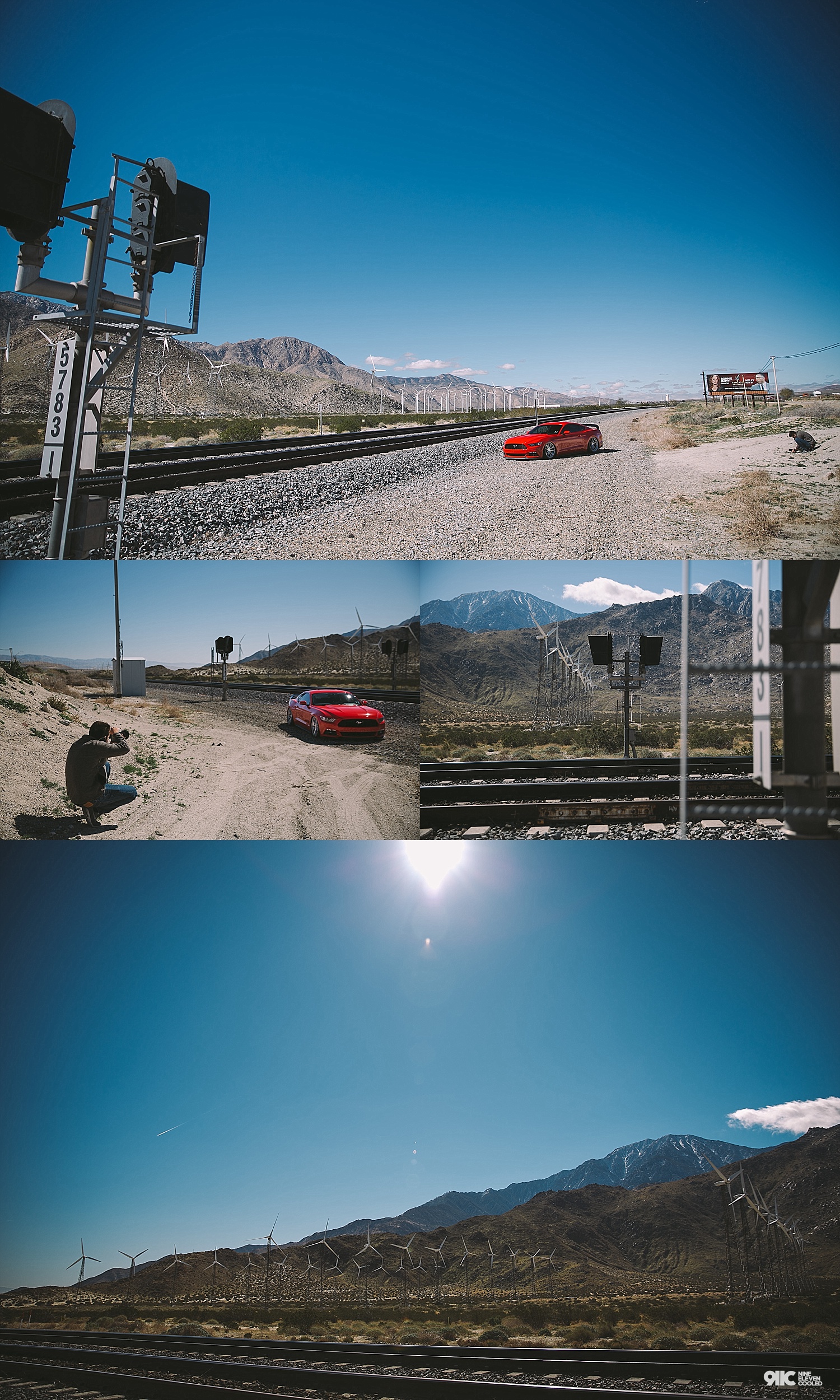 I am assuming many of you have never been to Thermal as it is an exclusive track for its paying members so let me just paint you a picture. You head out from the LA area to the middle of nowhere… out in the Coachella Valley known for their music festivals. There isn’t much out there in Thermal, CA…. just a whole lot of sand and a gritty environment until you come to the front side of the track and the desert oasis appears.

When we got to the security entrance, we had to sign a waiver and sign our lives away… but that is an easy choice. Two days on a beautiful racetrack for my life? Easy! 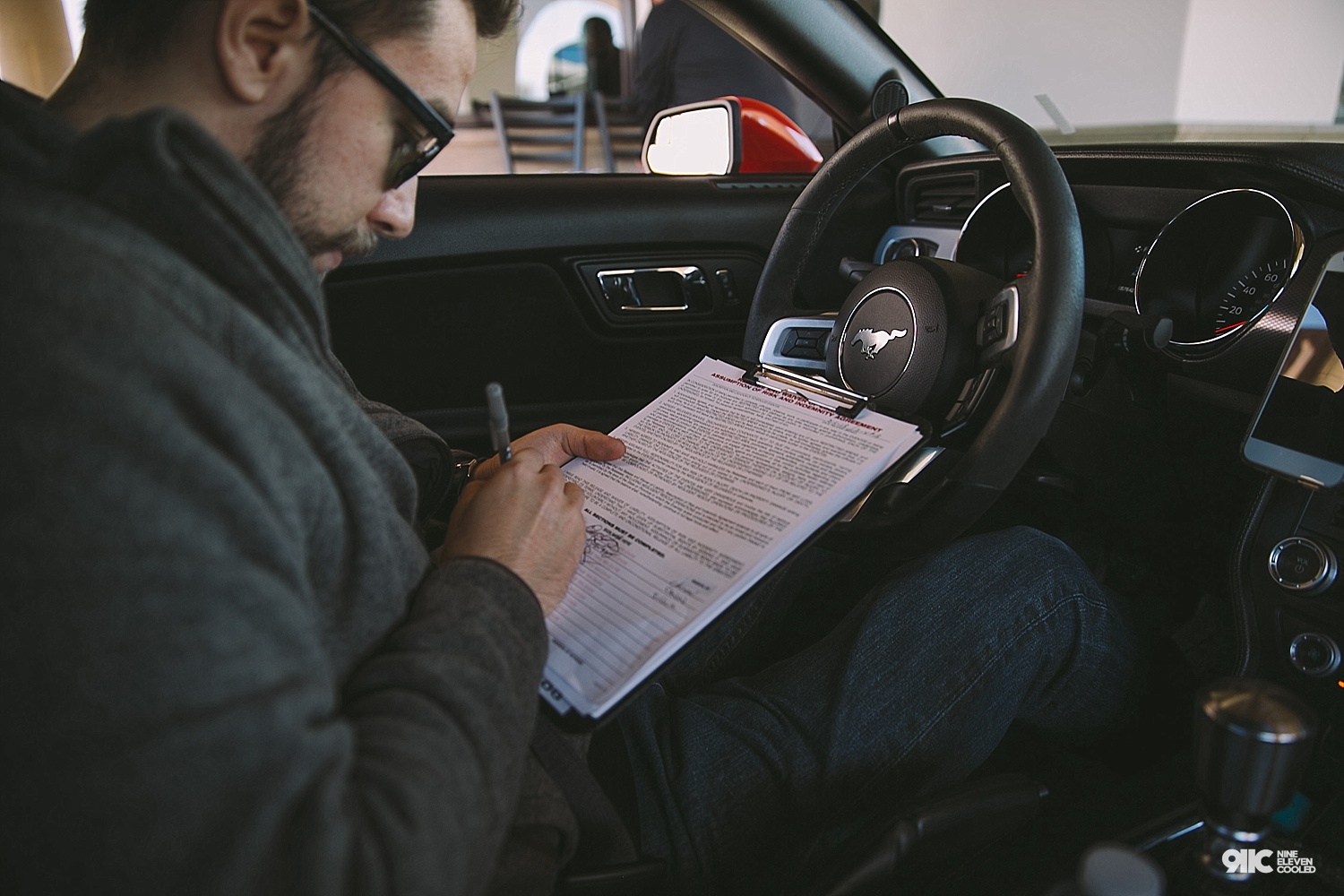 Now coming into this workshop, I only had two goals in mind: to meet the Grand Master Larry personally in a low key environment and then shoot 911s car to car on the track. Although the second part didn’t fruit, I will make sure that Larry knows I have access to aircooled 911s for the next workshop…. lol. Once we parked and got to our classroom, they sent us straight to get lunch which was catered by Thermal’s very own kitchen. As many of you know, I am a foodie and wasn’t expecting much in the desert but oh damn…. the food was very much on point. I love you Thermal Club! But check out how amazing the weather was…. warm and cloudy!!! Here is the recap for Day 1. 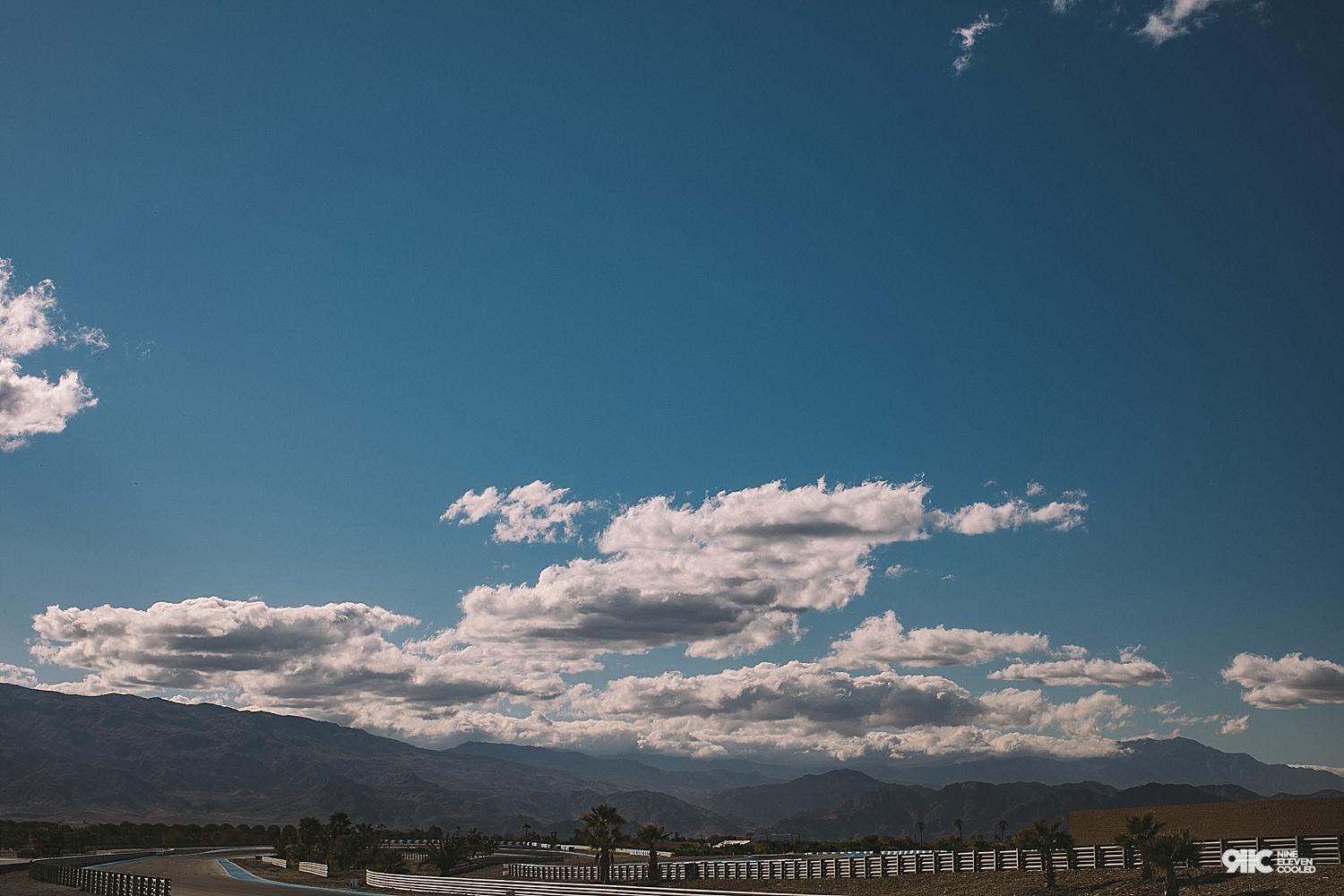 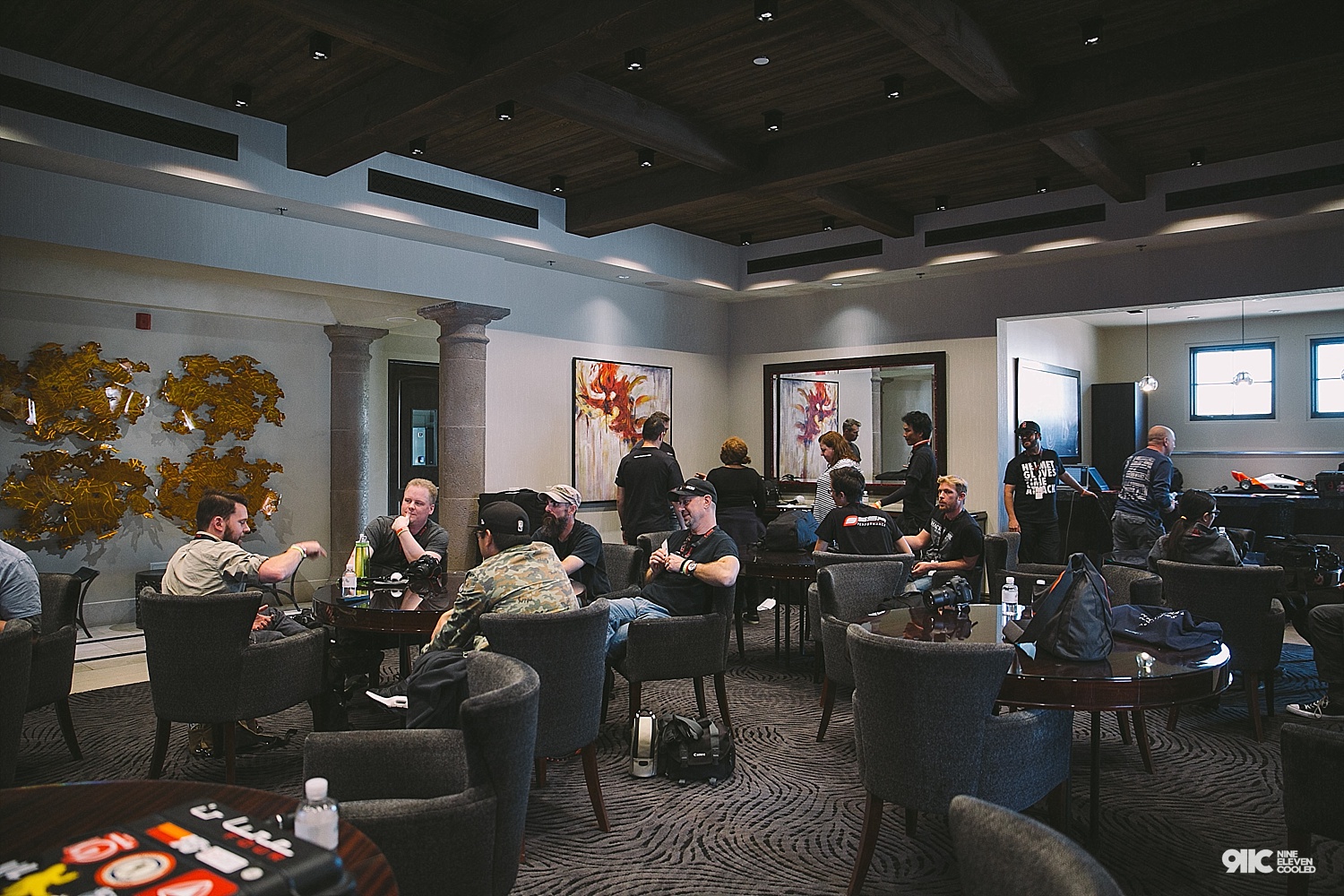 Once we finished lunch, we gathered back into the classroom for a course breakdown and get some awesome gear from the folks at Canon USA… they brought out all the big guns… Canon 5d Mark IV, 1dx Mark II, all the L series zooms and primes and of course, the big boy Super Telephotos. It was “open bar” all weekend long and for that, many of us were very thankful.

Now for all you car folks, it is so easy to get distracted here as everything will be pulling your attention. Like what you say? Hmmm…. 1. views, 2. the racecars on the racetrack, 3. the racecars in the big garage with mechanics, 4. tools and tires, 5. everything else! One of the first spots we checked out was the garage/storage unit filled with every kind of toy you can image. I will let the photos do the talking: 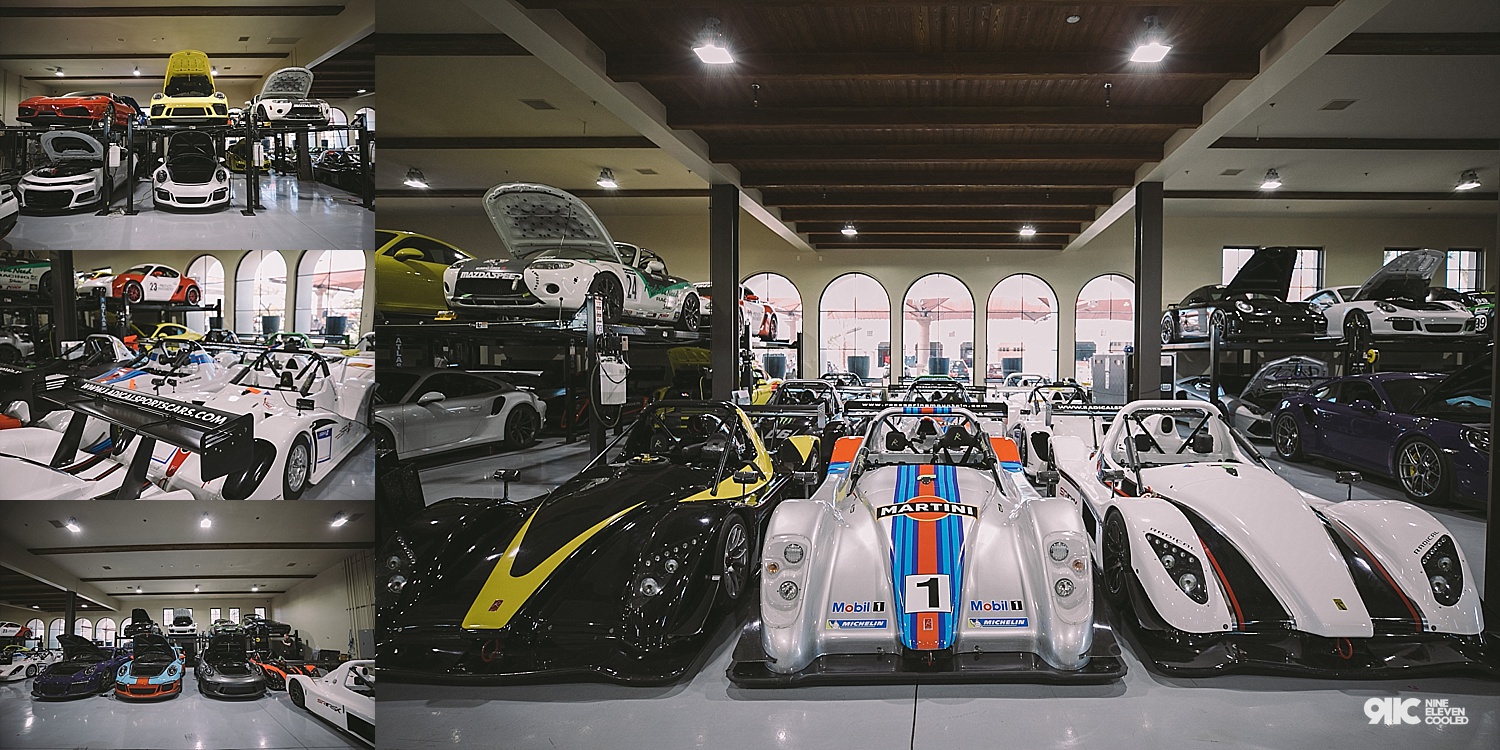 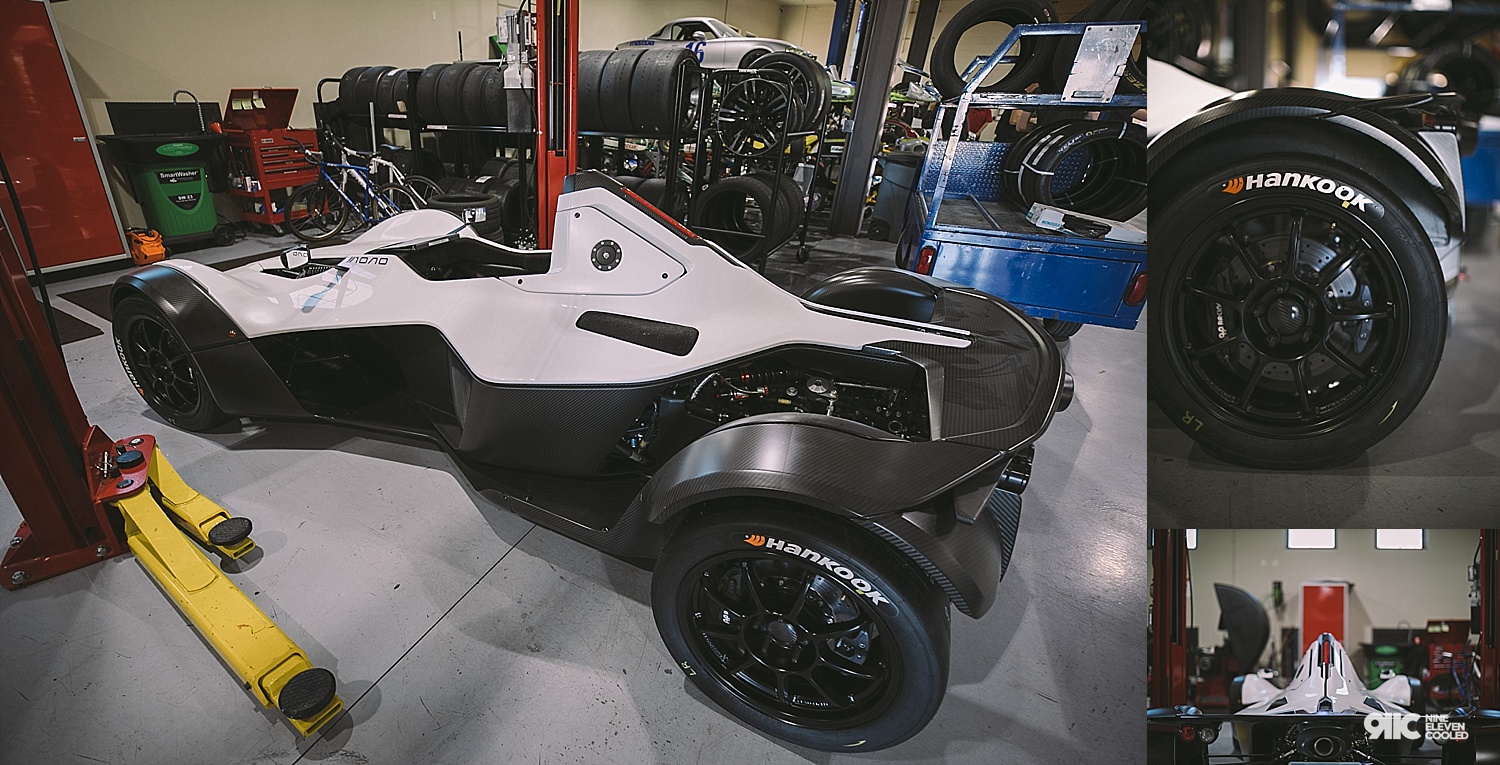 Once everyone finished drooling all over the floors 45 mins later, we headed out to the surrounding track to grab some action shots of some of the cars warming up for Saturday’s race. Some of the cars out were of course some Porsche GT3’s, Ferrari 458, Lamborghini Huracan and the Audi R8. We were so close to the action that even the Canon 70-200mm 2.8 IS Mark II was too close for capture! I did a lot of my panning shots with a Canon 1dx Mark II and a Canon 35mm 1.4 Mark II at 1/40th of a second. 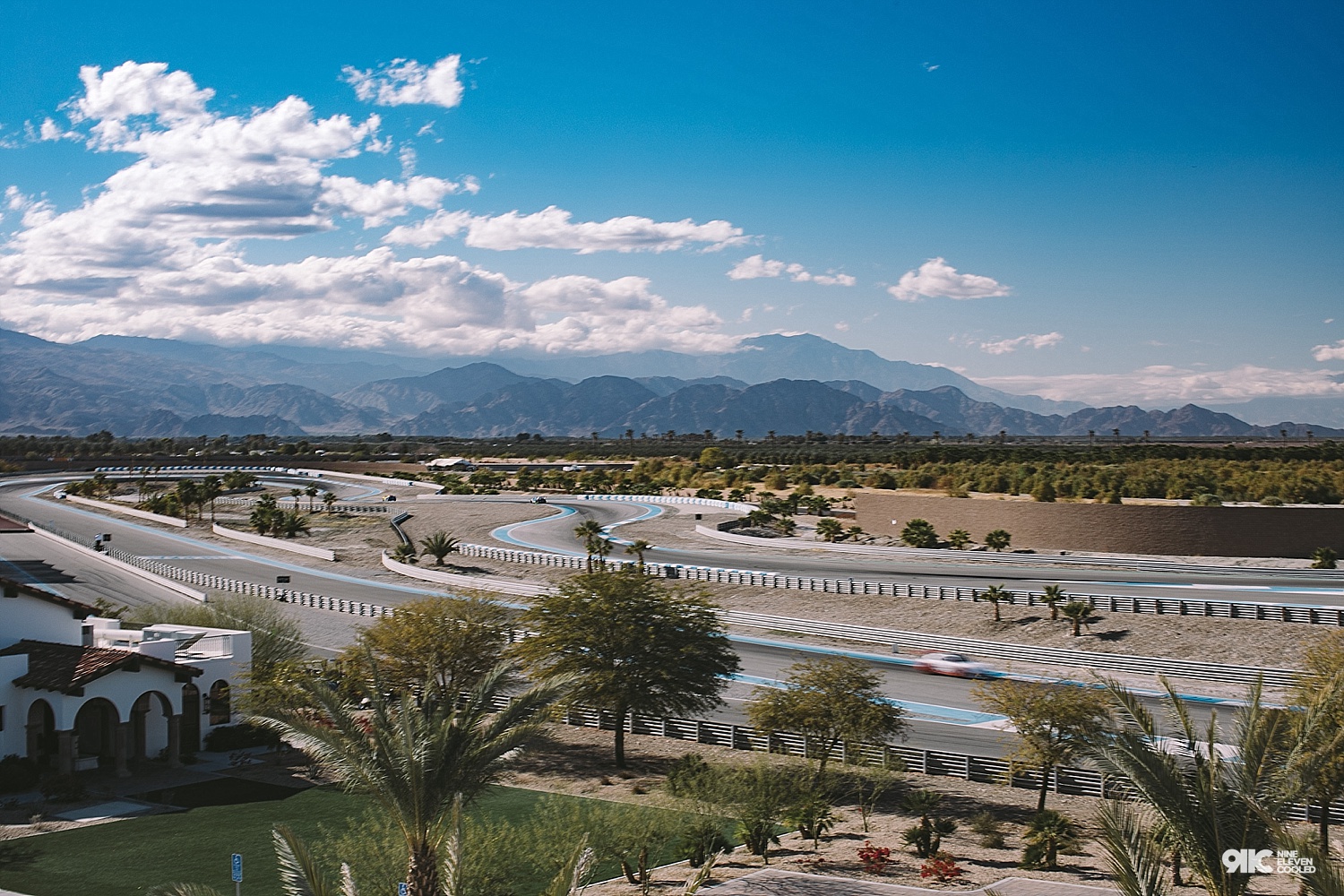 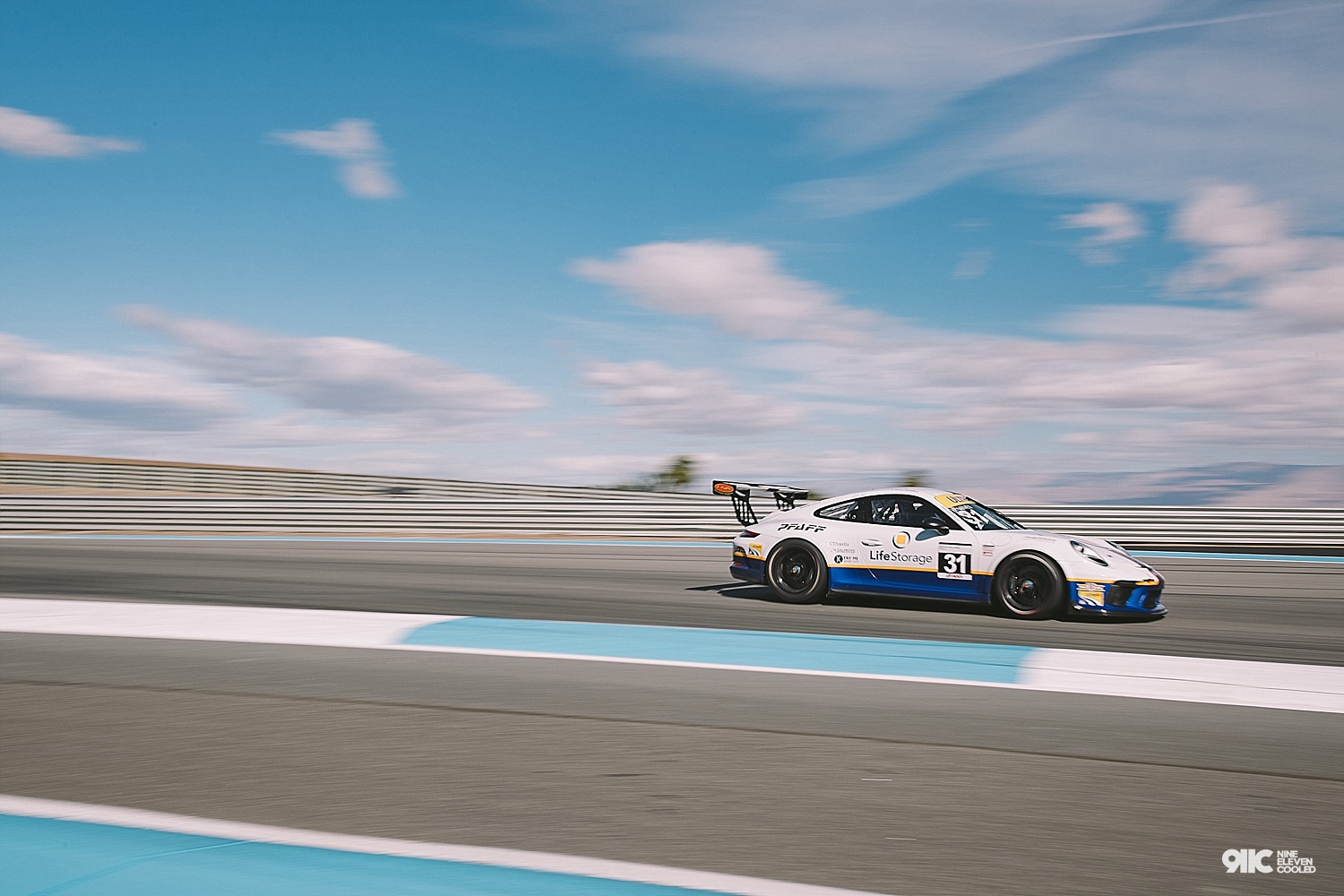 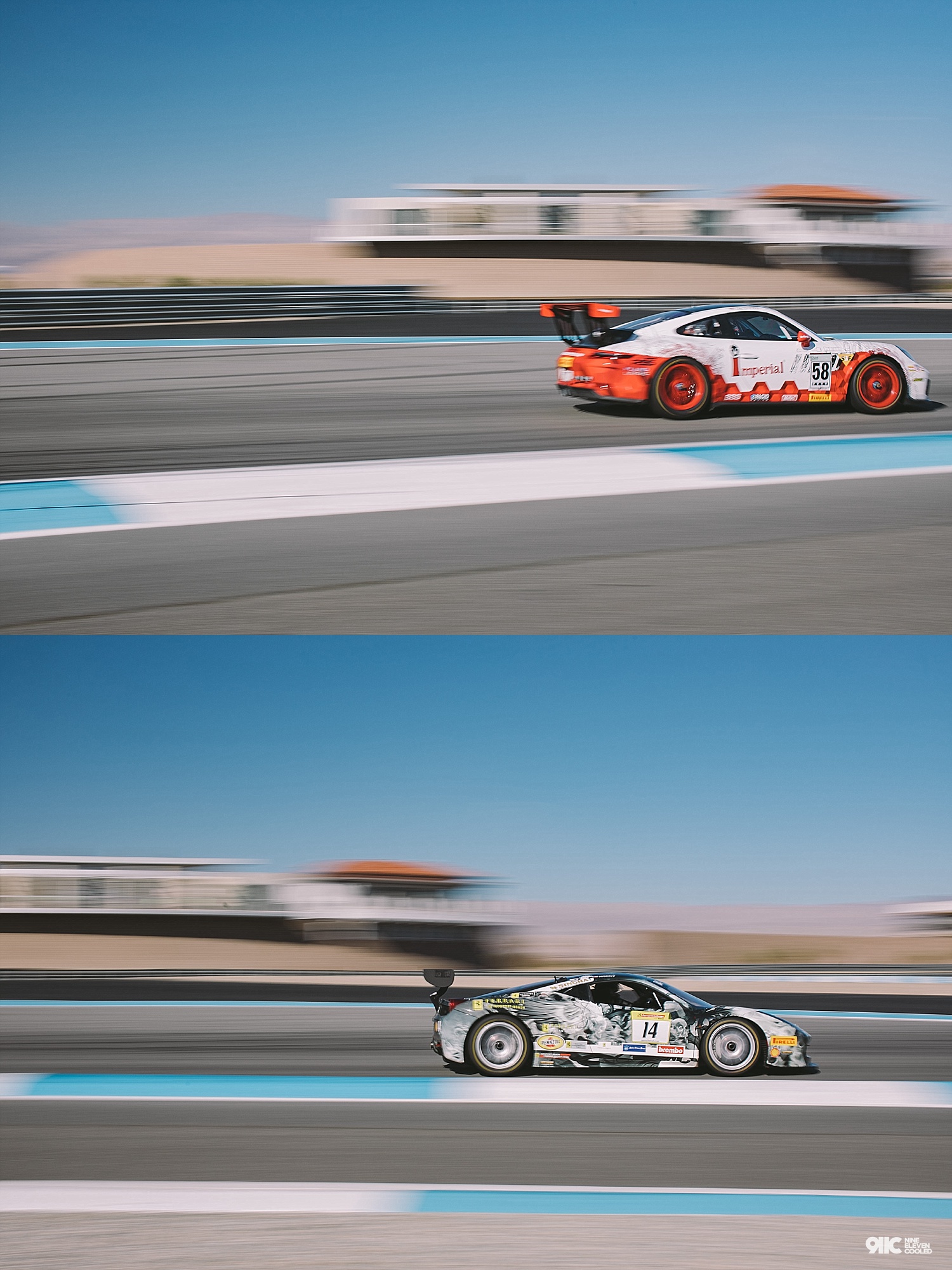 After being out by the track for an hour, we headed back to the classroom to cool off and talk about how things went. Larry was always around to answer questions and gave the students tips and tricks that he used on the field. I asked him at one point how many photographs he will take during a race weekend… his answer, about 35,000 images! What in the world! Larry is a beast!

As the sun started to make its way down towards the horizon, we spent the later part of the afternoon shooting features on and off track. The five cars that we had access to were a 996 Twin Turbo, Datsun Z, Bosch Mustang, Daytona Coupe and a McLaren 570s. 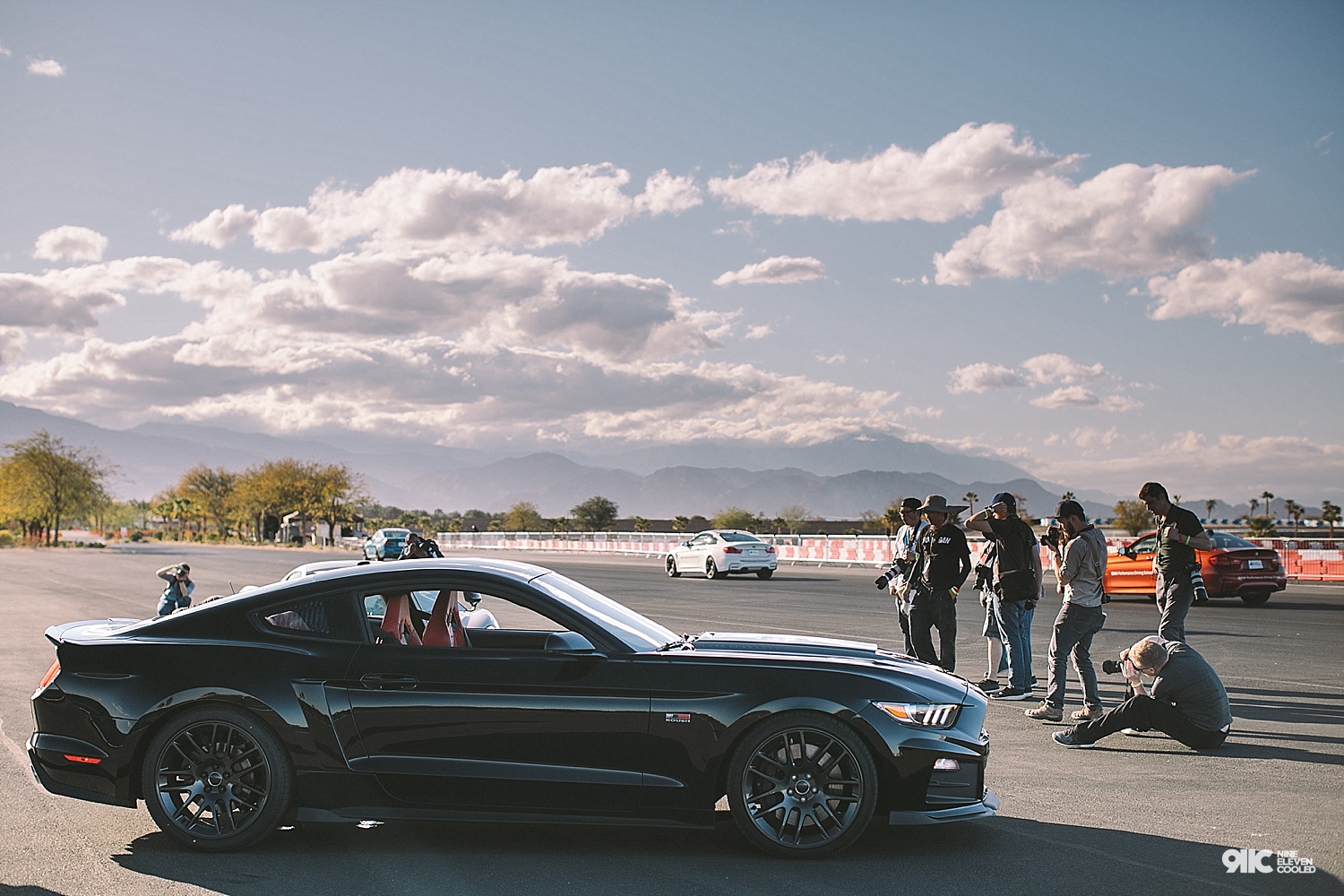 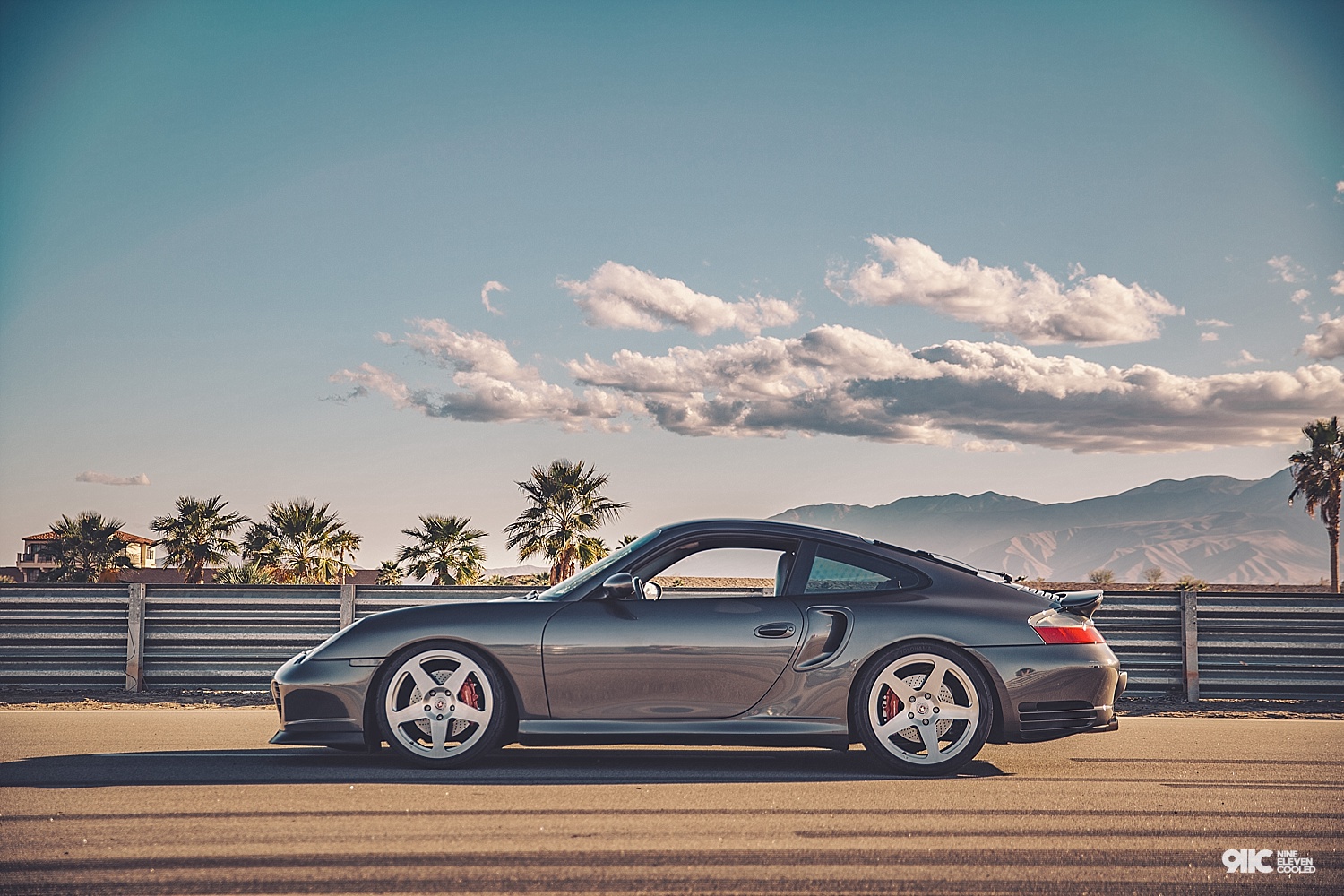 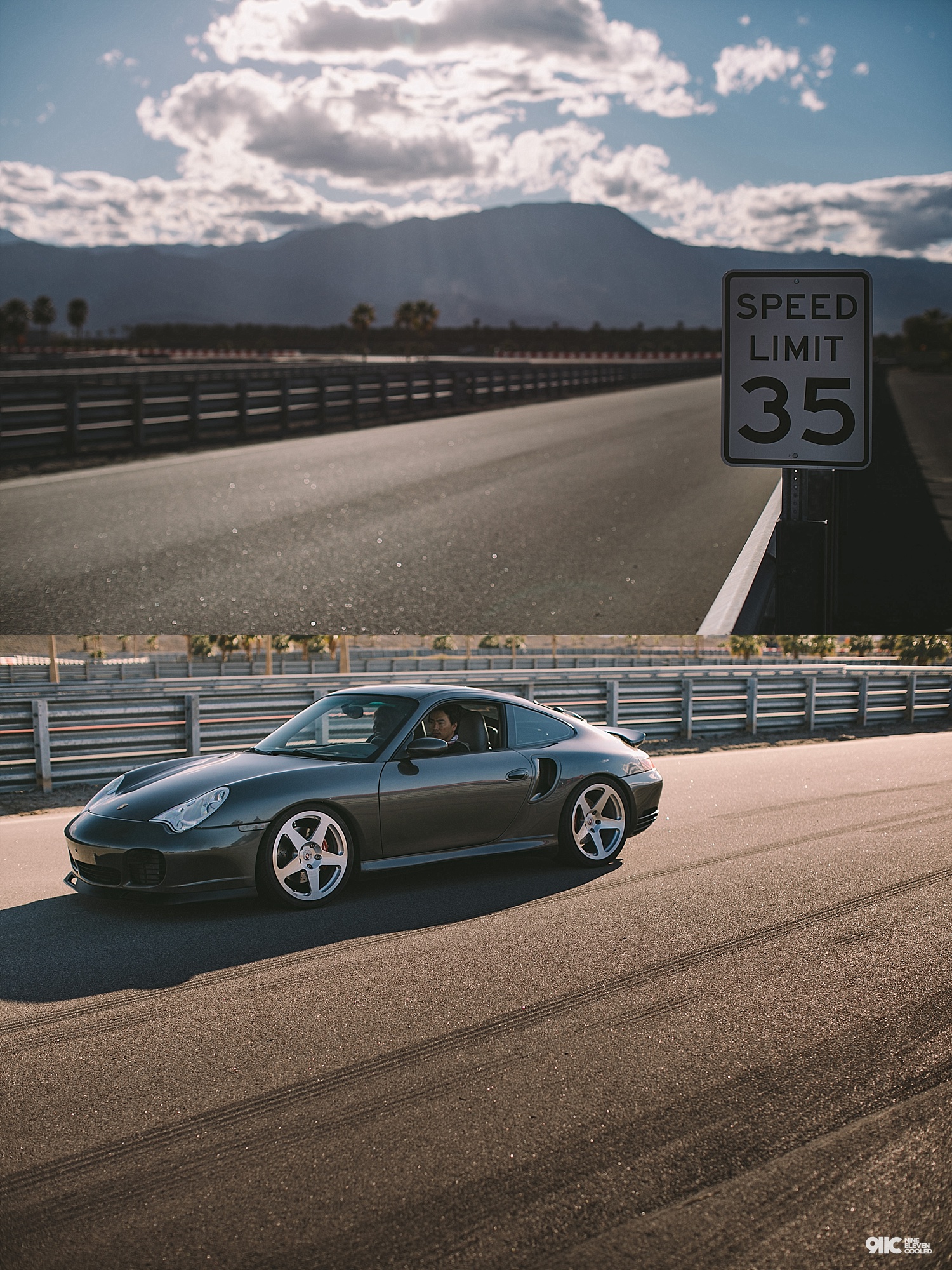 Probably the most key thing I took away from the workshop was to focus on the story of the car. Normally I spend my time working on halo shots and having that one poster shot but when Larry made note of us to focus on the small things that tell the bigger picture, it really clicked for me. “Focus on the rust, the scars and the things that really show the character of the car…” and that helped me zone in on those things. Of course older cars have more stories to tell but I focused my time on the 996 and the Daytona. 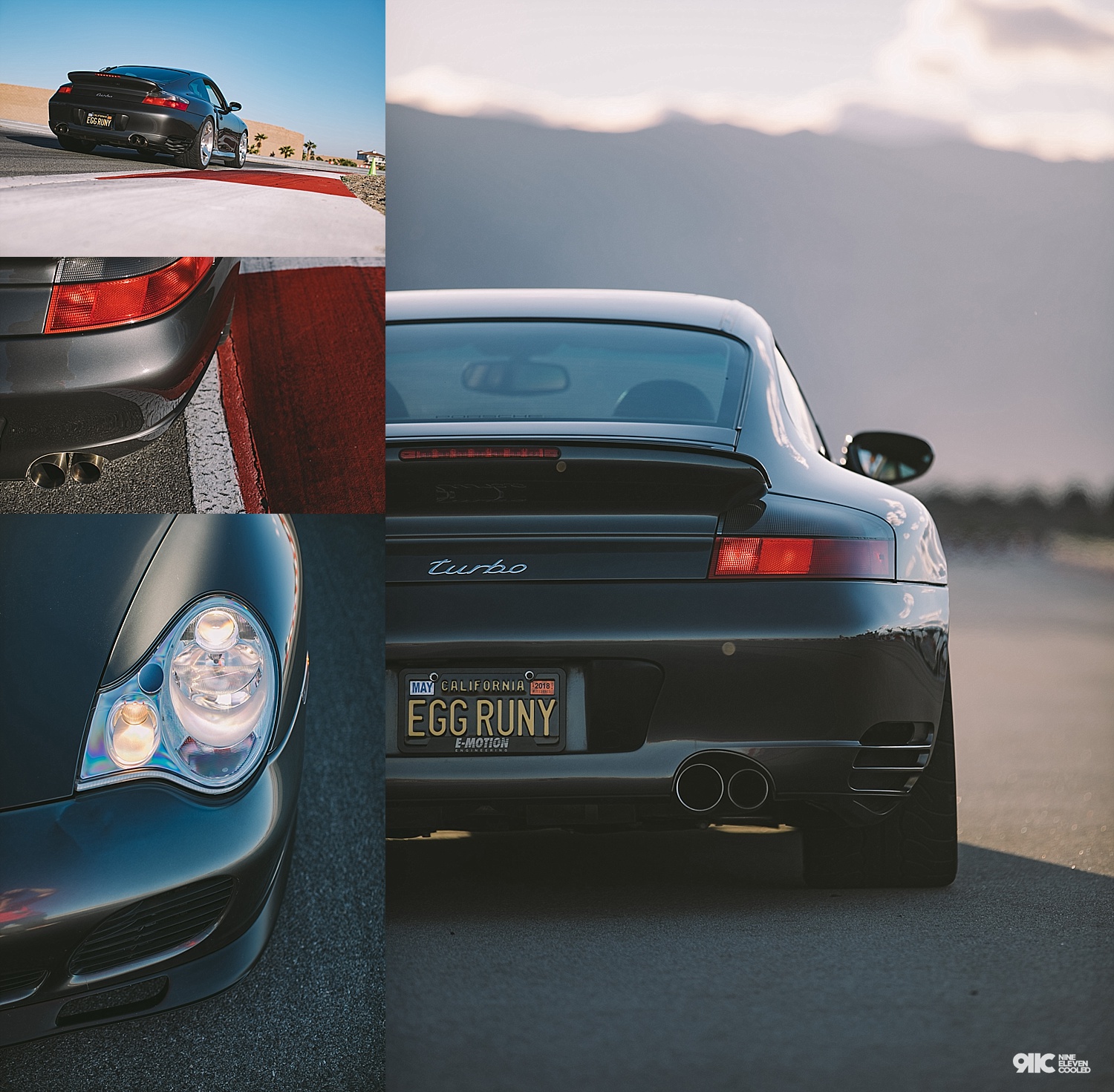 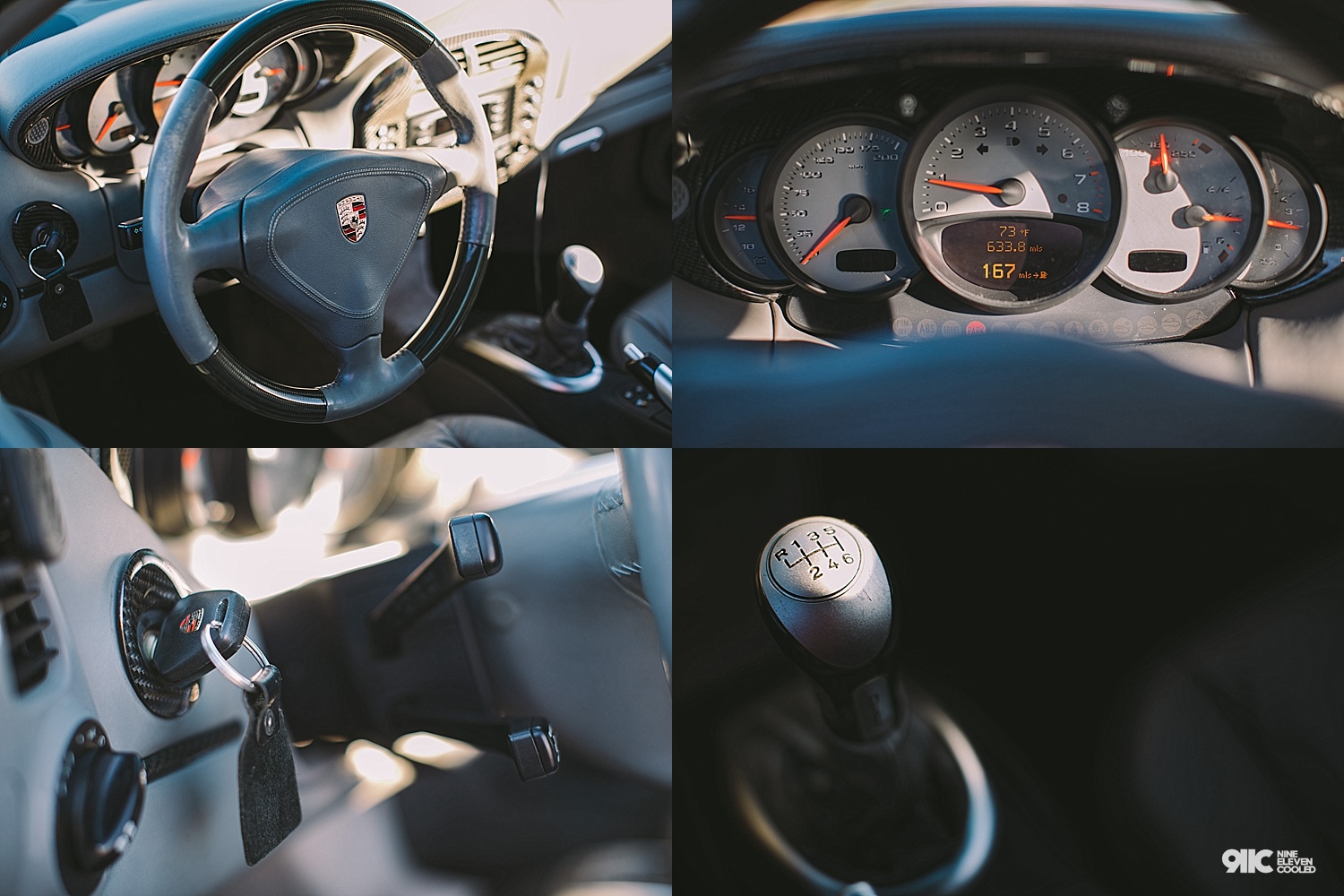 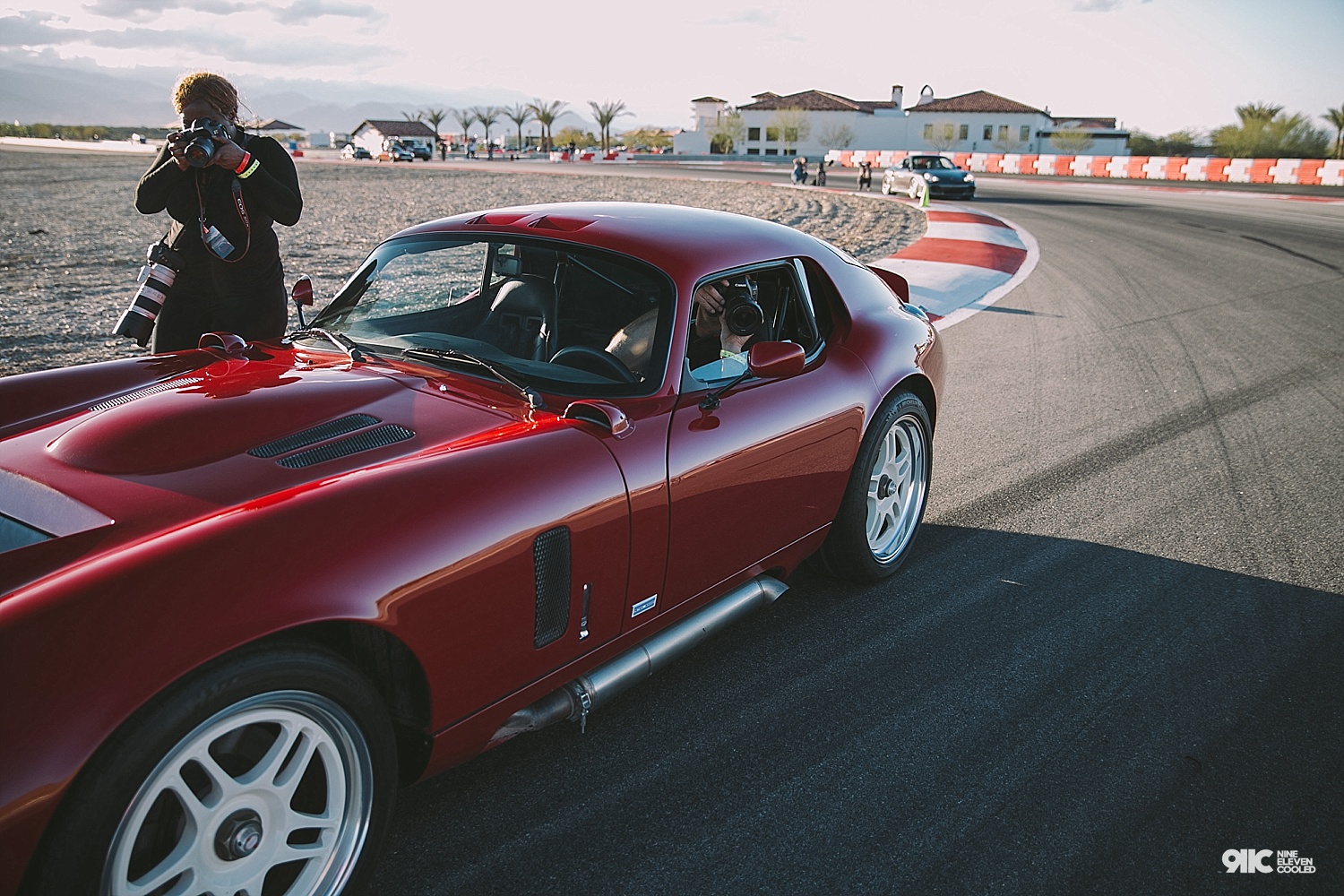 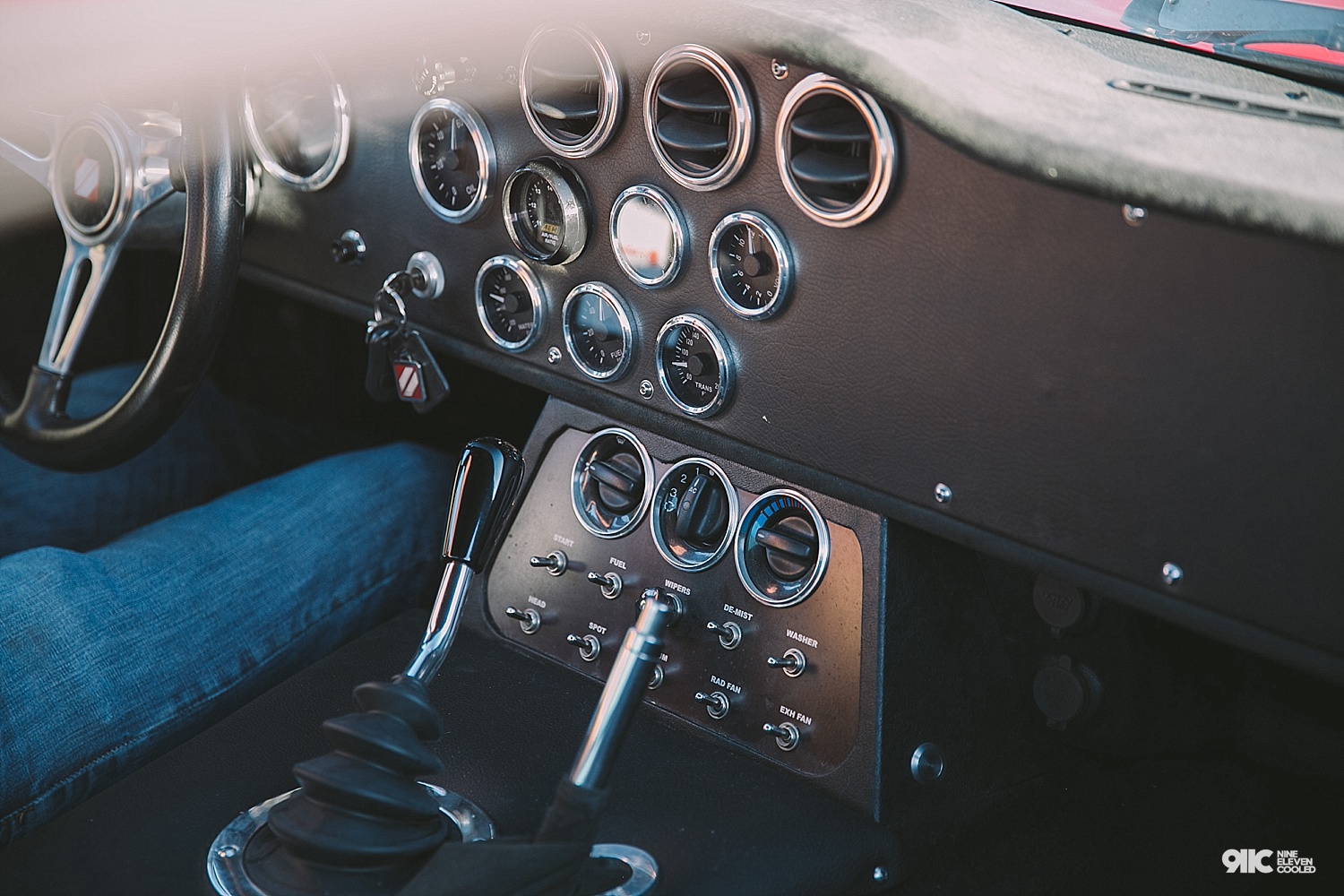 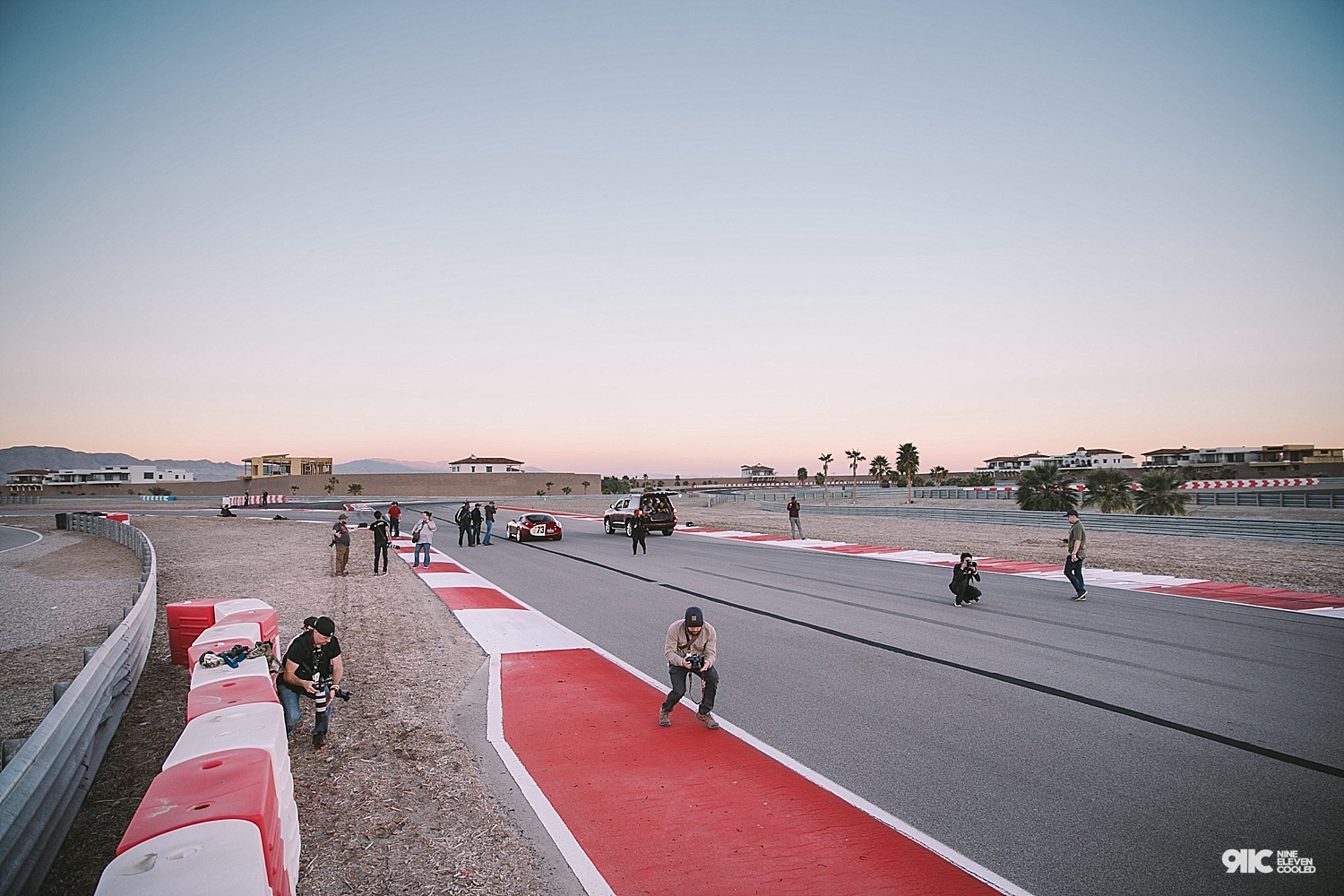 The very first car that we shot car-to-car was the McLaren 570s from Larry’s Lexus SUV and it was just as the sun was going down. It was glorious…. well of course if we had smoke and more speed, it could have been pure epicness! 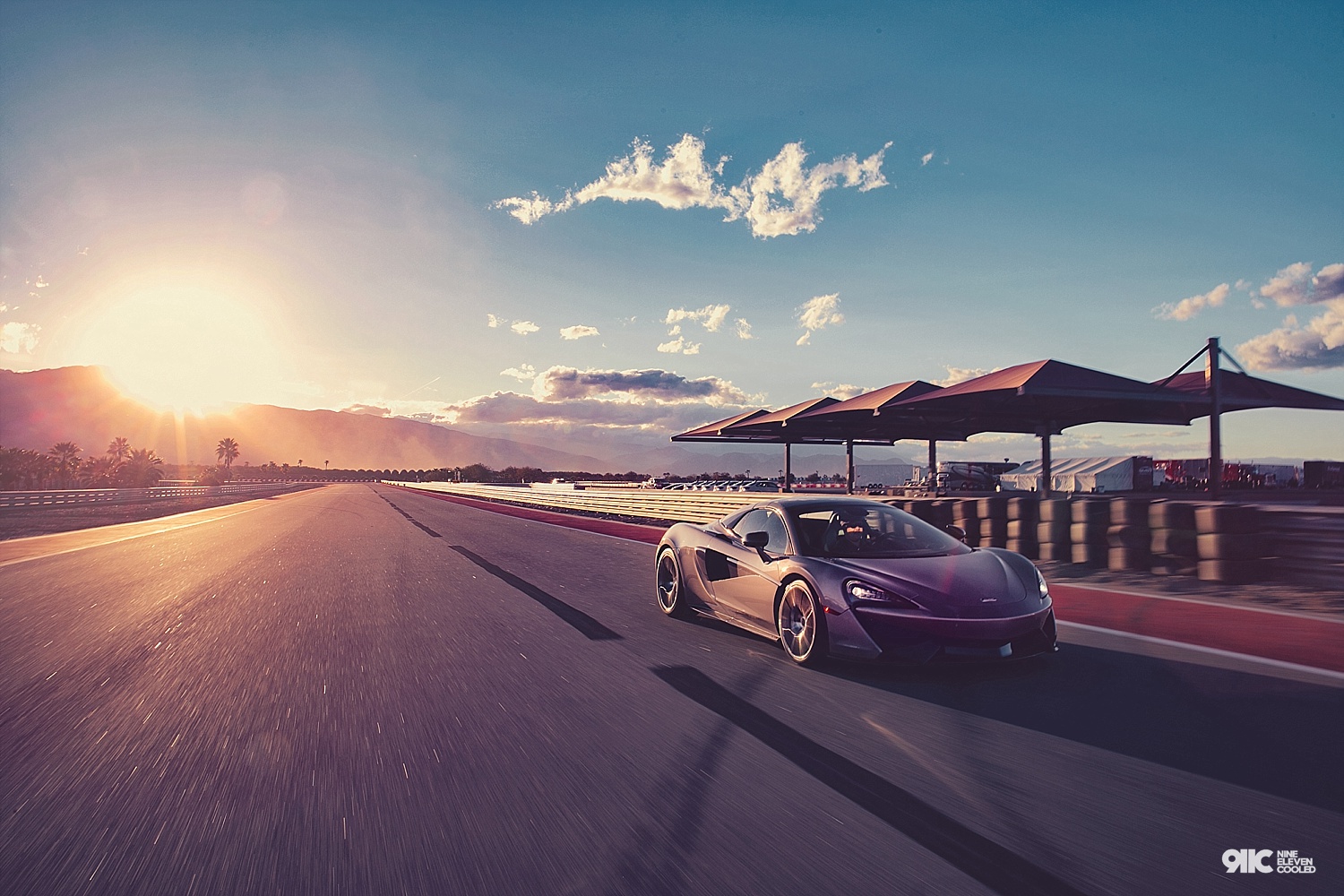 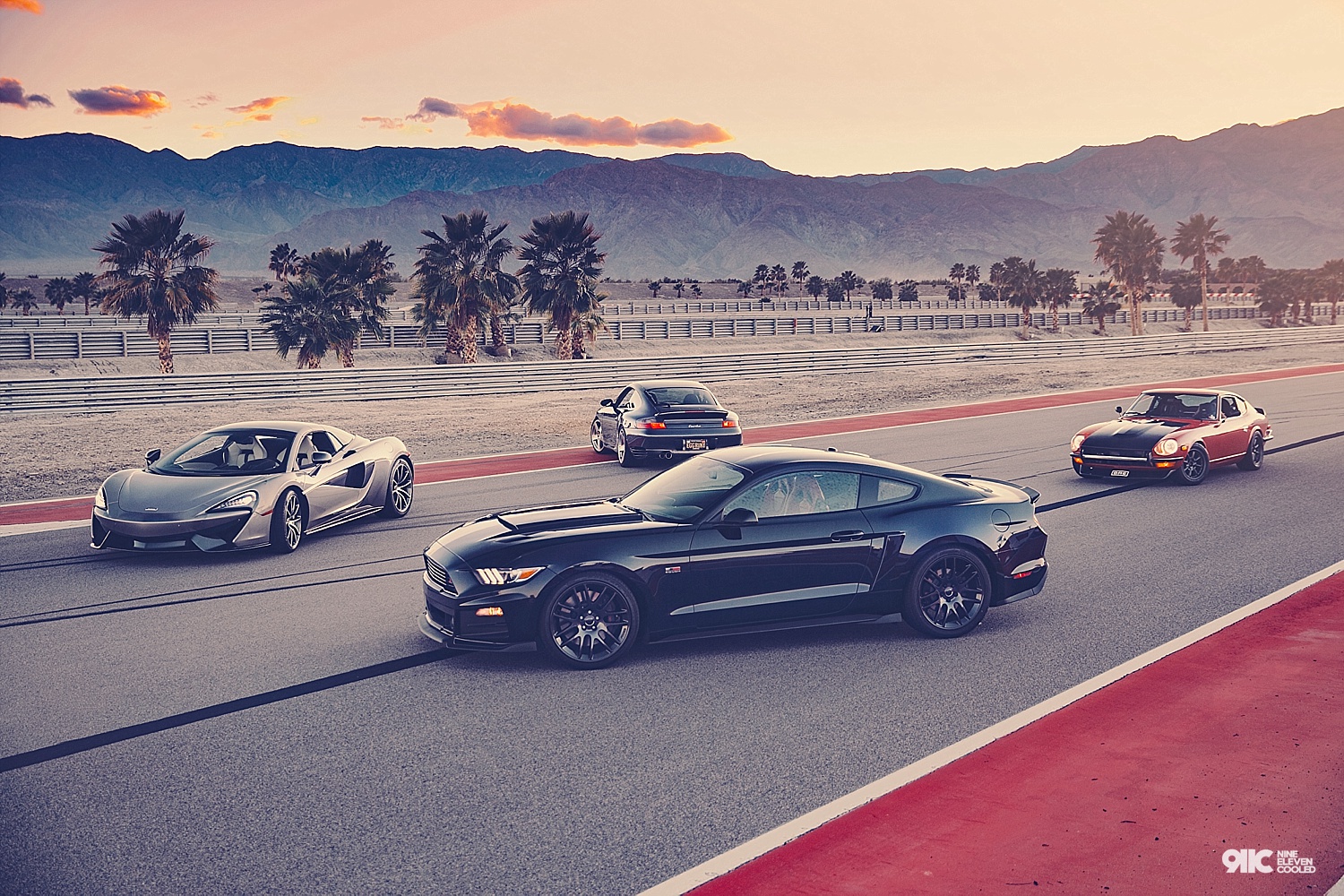 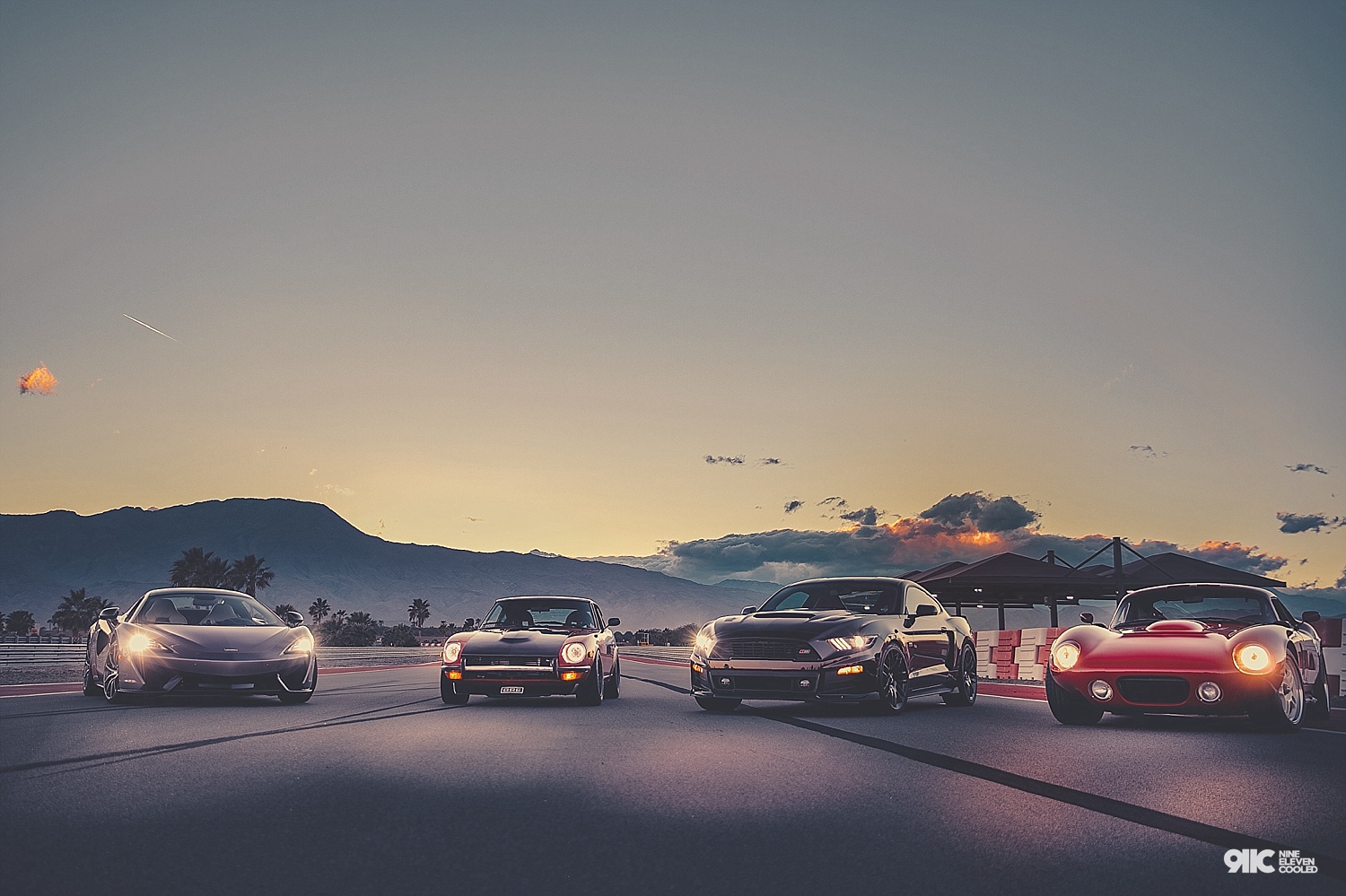 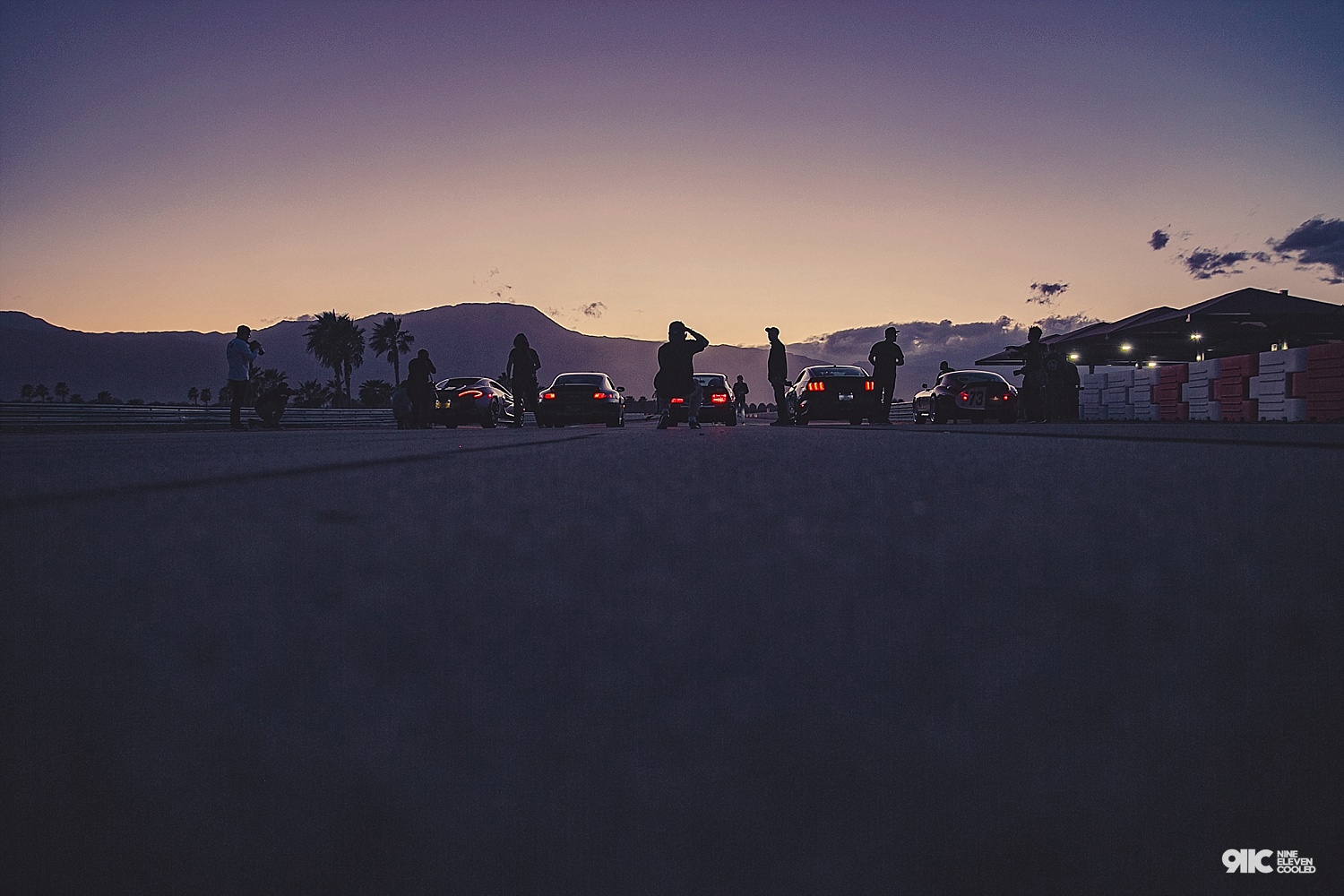 This concluded Day 1 and a start time of 12pm and ending just after 6pm. When it got dark, it got dark…. as you can imagine, there isn’t much light pollution out in the middle of the California Desert. At the end of the day, I got what I wanted out of the class…. access to a beautiful track, access to cars and allow your creative freedom to roam. I am a bit of an anal bastard and would have moved the cars around a bit differently but in the heat of the moment, I decided to concentrate more of my efforts on a style of photography that has always eluded me in automotive. Try to do really good photo journalism… to capture those stories that are told in those incremental moments that mattered so much at that time. The time of joy, the time of stress and uncertainty and all of those moments that come in between. The stories that are never told but are the best stories of them all. Day 2 to follow in another post.

Thank you for following along,
Andrew Manley